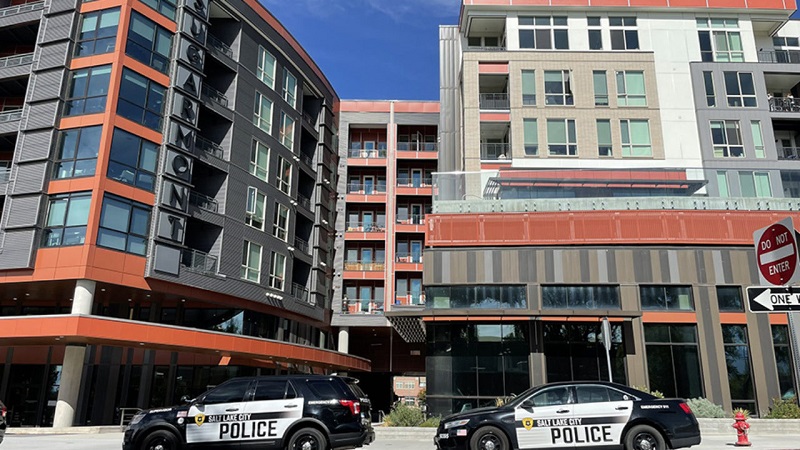 Salt Lake City, Utah – After a tense incident at an apartment complex in Salt Lake City that led police to issue a shelter-in-place order and restrict several surrounding roadways, an armed man was taken into custody on Sunday afternoon.

Around midday, residents of the Sugar House neighborhood’s Sugarmont Apartments, which are situated just to the north of Fairmont Park, called the police to report hearing at least one gunshot from one of the building’s upper stories.

Out of precaution, police told residents to shelter in place and told others in the area to leave “due to the suspect’s elevated position,” according to a press release from the Salt Lake City Police Department.

The suspect’s apartment was found, and the police entered it to speak with him. He left his apartment carrying a gun, which he put down after being instructed to do so, and then submitted calmly.

The individual, whose name has not been disclosed, was found to have pointed a gun at least one person, according to police. As of Sunday afternoon, he had not yet been officially taken into custody, but the SLCPD confirmed they were looking into the incident as an aggravated assault. However, no one was hurt, and there were no details immediately available regarding the specifics of what occurred.

According to the police, a search warrant was required to look through his flat for any signs of gunshots. He had a gun with him when he left his flat, and the police took it away. They also indicated they would examine the house for any other firearms.

The suspect allegedly told police there was someone else in the unit, according to SLCPD, but after a thorough search, no one was discovered there.

“We really want to thank our community members in the Sugar House area — certainly this was a very unsettling situation,” SLCPD spokesman Brent Weisberg said. “We had a lot of roads closed; it was a chaotic situation. We were telling people to go back inside their homes and inside their cars, to avoid this area, and that was just out of an abundance of caution.”

Conner Mantz eyed an American record in his first marathon