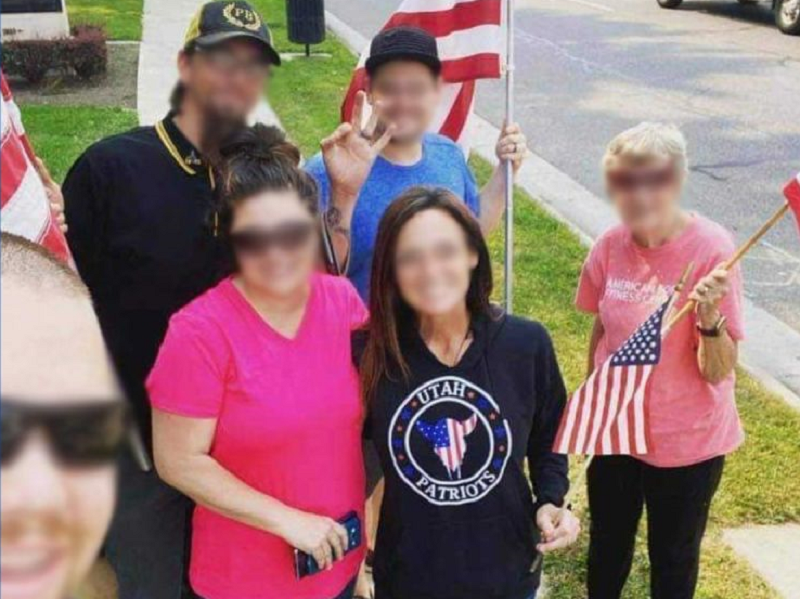 American Fork, Utah — On Friday, an American Fork Police Department officer was out patrolling when he saw a group standing outside with American flags in an effort to show support for the troops. The officer took a selfie with the group and posted it on the department’s Facebook page.

“These awesome individuals were out today (and some yesterday) waving American Flags at Robinson Park for those service members we lost,” the post read. “We wanted to stop by and tell them to thank you! What a great community we live in!”

One of the people in the photo was holding up the traditional “OK” hand sign — which in recent years has been appropriated by some white supremacists. The officer didn’t notice and the post was deleted soon after, but screenshots of it were shared in various groups.

The department addressed the incident On Sunday, recognizing that the gesture “is offensive to many people.”

While the Anti-Defamation League has declared the sign as a hate symbol in some instances, it admits that “Use of the okay symbol in most contexts is entirely innocuous and harmless.”

The ADL does say that the gesture has become a “sincere expression of white supremacy” for some.

“Someone who uses the symbol cannot be assumed to be using the symbol in either a trolling or, especially, white supremacist context unless other contextual evidence exists to support the contention,” the ADL website states.

The man flashing the “OK” symbol is also wearing a hat with the logo of “Proud Boys” — which has been declared as a hate group by the Southern Poverty Law Center and the ADL calls them misogynistic, Islamophobic, transphobic and anti-immigration.

“We do not condone such behavior, so the post was immediately removed as soon as we realized it existed in the photo,” AFPD said in a statement Sunday. “We apologize to anyone who saw the photo before we took it down. Please know that American Fork Police Department would not have posted that photo if we realized it contained that gesture/sign.”