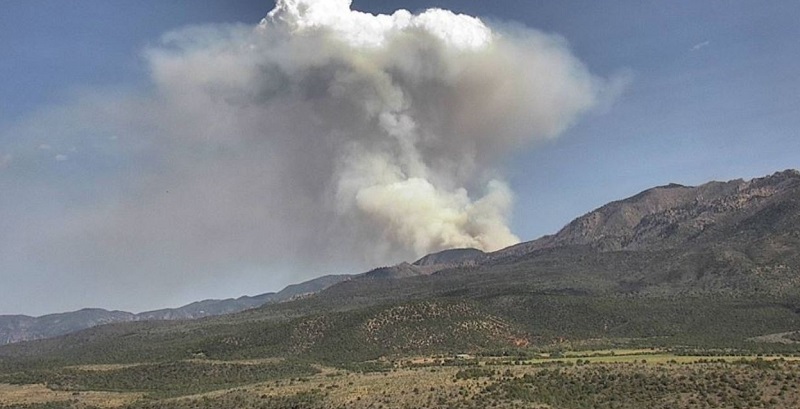 Washington County, Utah — Investigators have determined that an unattended campfire caused a wildfire that broke out Sunday afternoon and grown to 200 acres.

The wildfire named Oak Grove Fire started near the Oak Grove Campground, which has been evacuated.

The fire is burning about nine miles northwest of Leeds. Officials say it is experiencing “active fire behavior” with “increased complexity.” Wildland firefighters are working to contain and suppress the blaze, including crews on the ground, four small air tankers, three helicopters, and seven smokejumpers.

A large smoke plume from the fire was visible from I-15, as well as towns in the area.

“This is an important reminder that despite recent rains, fire potential still exists,” Utah Wildfire Info tweeted. “Always drown, stir, feel, & repeat until your campfire is cold to the touch.”