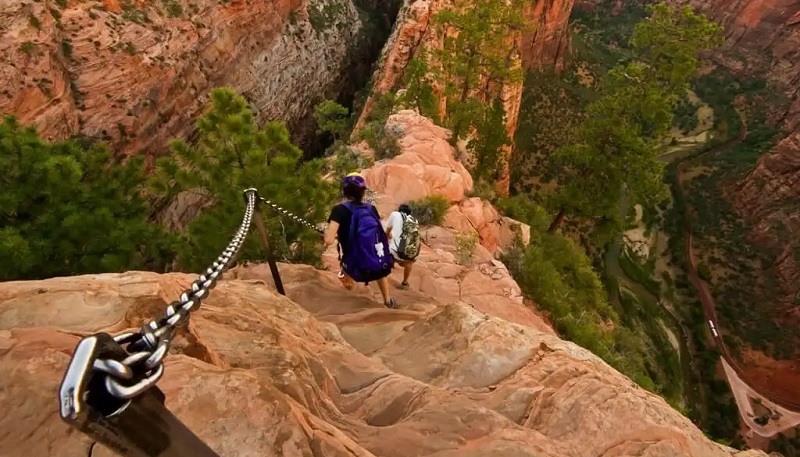 Springdale, Utah — After the damage was found on the chain section of the trail Sunday afternoon, Zion National Park has announced the closure of the Angel’s Landing trail.

According to a tweet posted from the official Zion National Park account, the five-mile trail would be closed until further notice while they work to repair the chain.

The park transitioned the trail to a reservation and lottery system back in January 2022.

The trail is popular for its majestic views, often attracting anywhere between 1,100 to 2,100 hikers during the peak season between May and November.

With the chain serving as a means to prevent hikers from falling off, the trail is also known to be a narrow and steep route.