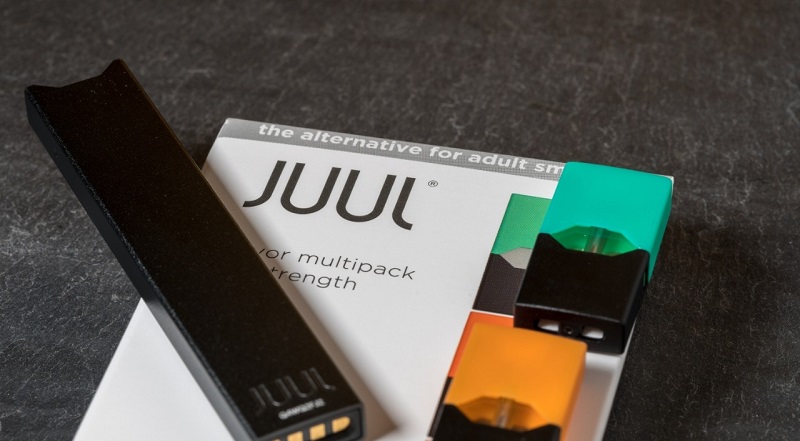 Salt Lake County, Utah — The Canyons School District joins about 450 school districts across the country, including Tooele, Provo, and Ogden, in the lawsuit against vape maker Juul Labs.

According to Joel Wright with Kirton McConkie, the law firm representing Utah’s school districts. The suit has been filed in the U.S. District Court of the Northern District of California where Juul is headquartered. The trial is scheduled to begin in March.

“Since their introduction to the U.S. market in 2006, electronic cigarettes, or vaping devices, with their colorful designs and sweet flavors named after popular desserts, candy, and fruit, have grown increasingly popular, especially among teenagers and young adults. The Utah Department of Health estimates that nearly 25 percent of Utah students in eighth, 10th, and 12th grades have tried vaping,” a statement from Canyons School District said.

In November 2018 after reports of increased use among minors, JUUL discontinued the manufacturing and sale of all flavors besides menthol and tobacco.

There were 219 school office referrals for e-cigarette use or possession, Canyons District said in 2019.

“We’ve seen a lot of behaviors in the classroom change due to vaping,” said Victoria Romero, a prevention specialist at Canyons School District. “A lot of kids are starting to see what they can get away with because vaping is becoming easier to hide.”

The districts that join the suit could receive money from Juul, valued at $10 billion.

“Those funds are needed. Right now we are having to take school personnel, time, and resources away from all of the things we used to just do on a daily basis, to kind of combat what’s going on in the schools with the e-cig and tobacco use,” explained Romero.

Company spokesperson Austin Finan issued a statement in regards to the lawsuit:

“We will continue to reset the vapor category in the U.S. and seek to earn the trust of society by working cooperatively with attorneys general, legislators, regulators, public health officials, and other stakeholders to combat underage use and transition adult smokers from combustible cigarettes. As part of that process, the company reduced its product portfolio, halted television, print, and digital product advertising, and submitted a Premarket Tobacco Product Application to the U.S. Food and Drug Administration including comprehensive scientific evidence to support the harm reduction potential of its products and data-driven measures to address underage use. Our customer base is the world’s 1 billion adult smokers. We will respond to the allegations through the appropriate legal channels.”