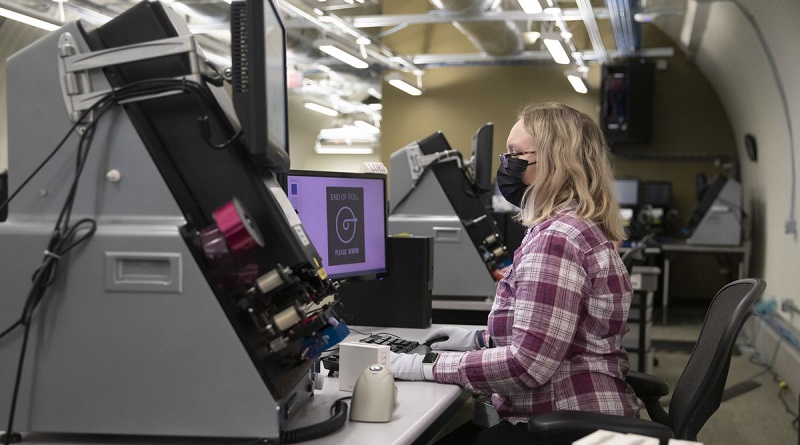 Salt Lake City, Utah — With the completion of a microfilm digitization initiative by the LDS Church, billions of family history records are now available to the public.

“This is a really incredible milestone,” said Joseph Monsen, director of preservation services for the Church History Department. “For 83 years, the Church has been collecting and using microfilm records to support genealogical research. … 2.4 million rolls of microfilm are all digitally saved now and available.”

All that’s needed is a computer and Internet connection to find family documents and records digitized as part of this effort.

“Even people who have full trees really don’t. So, if the low-hanging fruit is already picked, you just need to climb further up your tree,” said Fritz Juengling, a research specialist in the Family History Library located on Temple Square.

According to a research specialist at the Family History Library, this is called “a game-changer for the world.”

It should be noted that while the Church has been releasing millions of records online for years as they were digitized, it will take additional time to index and publish all of the records, which include information of more than 11.5 billion people from around the world.

Over 200 countries and principalities and more than 100 languages are represented in the documents, which include birth, death, marriage, census, military service, immigration, and other records.

The Genealogical Society of Utah began microfilming in 1938 and started its digitization process in 1999.

“It’s something that I never thought that I would see in my lifetime with the projections that we had. I thought my kids or my grandkids would see this. So, for me to see the conclusion of this scanning effort, it’s a dream come true,” said Kris Whitehead, a manager for FamilySearch International.