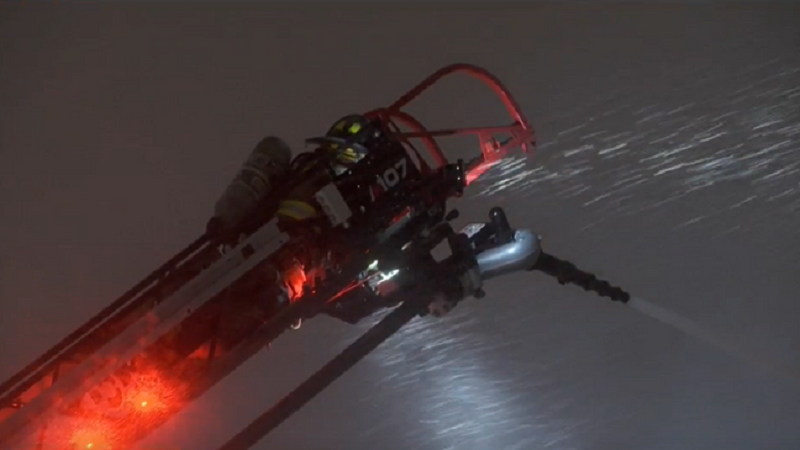 Draper, Utah — During the early morning hours, fire crews in Draper battled a fire at a storage facility.

According to Draper Fire Department Deputy Chief Bart Vawdrey, the call about the fire at Beehive Storage, 12519 Minuteman Drive came in at approximately 2:40 a.m.

Upon arrival at the scene, crews found six to eight units fully engulfed in the fire.

Heavy snow was actively falling and blowing around, which created even more of a challenge for firefighters trying to fight the flames.

According to Vawdrey, they were having to fight both the fire and weather during the events.

Ice was also a concern as many could slip. There were no reported injuries as a result of the fire as of 6 a.m.

Ultimately, 12 units were damaged by flames and smoke.

An investigation is still ongoing.