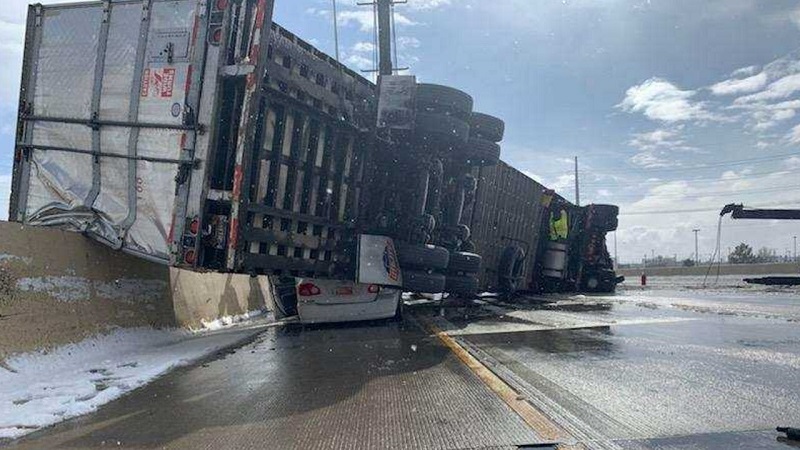 Salt Lake City, Utah – Due to the winter storm that brought rain, snow, and strong wind gusts to northern Utah, it has already been a busy weekend for the Utah Highway Patrol.

UHP troopers have already responded to around 120 collisions on state roadways since Saturday morning.

After leaving its lane and colliding head-on with a pickup truck towing a camper, one driver was killed on Saturday night close to Soldier Summit. The status of the pickup truck driver is unknown, and there was nobody else in the Toyota at the time of the collision.

“Right now, with it being the first storm, I think some people have some rust to shake off,” said Quincy Brewer.

According to Brewer, drivers can slow down and increase the following space between vehicles by adhering to a few straightforward rules when driving in winter circumstances.

Drivers should have snow tires available in addition to being well-prepared, especially if traveling over mountainous terrain.

“You may also want to carry food, water, and winter clothing in case you get stranded or involved in a crash,” added Brewer.