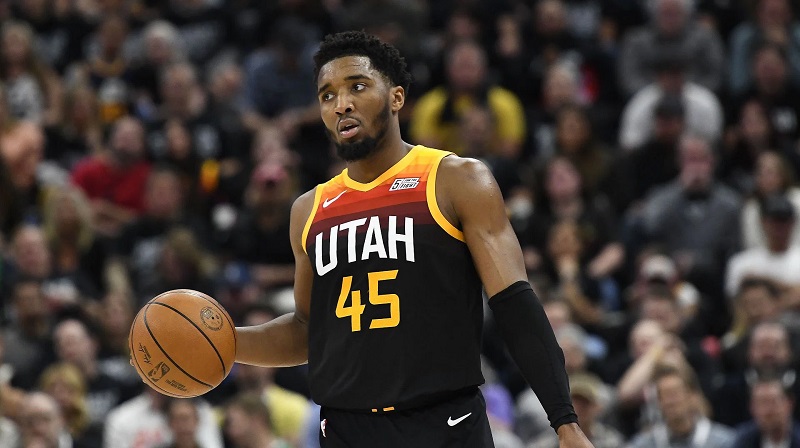 Now there aren’t many jerseys left of players that are still on the team. “We are heartbroken along with many many other Utahns. Of course, we have loved having Donovan in our community he’s been a great person and a great player,” said a marketing manager of The Gateway Jacklyn Briggs.

We reached out to them to talk about the source of many selfies with what has been dubbed the “Donovan Mitchell Bridge.” “We installed the mural in 2019 as a way to pay homage to this great area,” she said. “We’re actually right on the intersection of a Karl Malone and John Stockton way and we thought what a great kind of sync up with the new and the old and add the Donovan Mitchell bridge here.”

The future of that painting and other tributes to Spida is now up in the air. “Nothing’s determined yet, of course,” she said. “We are thrilled to be hosting the all-star game next year so we’ll work in collaboration with the Jazz and really bring some eyes to the center here with maybe something new.”

According to the president of the NAACP Jeanetta Williams, they will miss the man behind the jersey.

“[He was] always doing things in a positive way and that’s one of the reasons why not only the children looked up to him but a lot of adults as well because they appreciated the way that he carried himself,” she said.

While most believe this upcoming season will not be the best for the Jazz, they hope what we’ve gotten in return will be worth it in the long run.