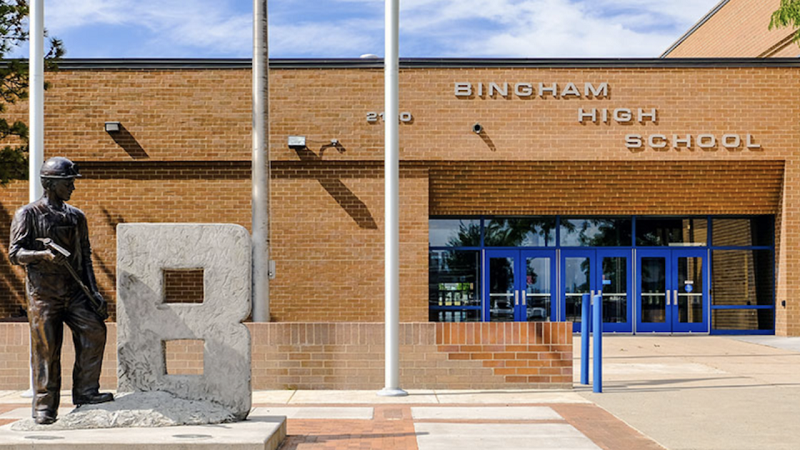 South Jordan, Utah – After sending nude photos and allegedly having sexual contact with a student, a former wrestling coach at Bingham High School has been officially charged.

According to the Salt Lake County Attorney’s Office, Anthony Wanless has been charged with one count of Forcible Sexual Contact and five counts of Dealing in Harmful Material to a Minor.

A 29-year-old, Wanless, was arrested in February after a female student, who was 17 years old at the time, told police that she had exchanged nude photos with the coach over social media. The student also claimed that Wanless had kissed her several times and exposed himself while she was weighing herself in an equipment room at the South Jordan school.

A detective with the South Jordan Police Department found 14 nude photographs of Wanless on the girl’s phone. Bingham High School’s resource officer originally began an investigation after other wrestlers told a school administrator that a coach “was doing inappropriate things with a female wrestler.” In a meeting with the officer, the students said the wrestler said she was in a “relationship” with Wanless.

Wanless allegedly apologized to an assistant principal and said, “I am in big trouble, aren’t I?” after being suspended by the school.