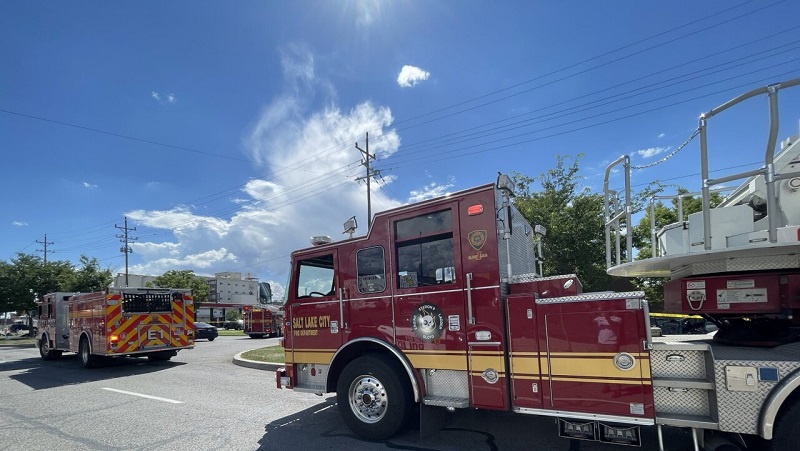 At about 3:20 p.m., bystanders flagged down police officers at the scene near 450 S. 400 West. Upon arrival at the scene, officers found a 66-year-old man pinned underneath a car.

According to police, a driver in a FedEx truck lost control and hit multiple parked cars on 400 West, which pinned the man and also injured another person.

Salt Lake City Fire Department personnel arrived as well and helped rescue the man. He was taken to the hospital with life-threatening injuries, but his condition was later upgraded to stable but still critical. Three people were injured and taken to the hospital. One was in critical condition, and the other two suffered serious injuries. An update from police later said the critical patient’s status was upgraded, and all three are expected to fully recover.

The driver was transported to the hospital to be evaluated for possible health issues.

Due to the investigation, 400 West was temporarily closed between 400-500 South.