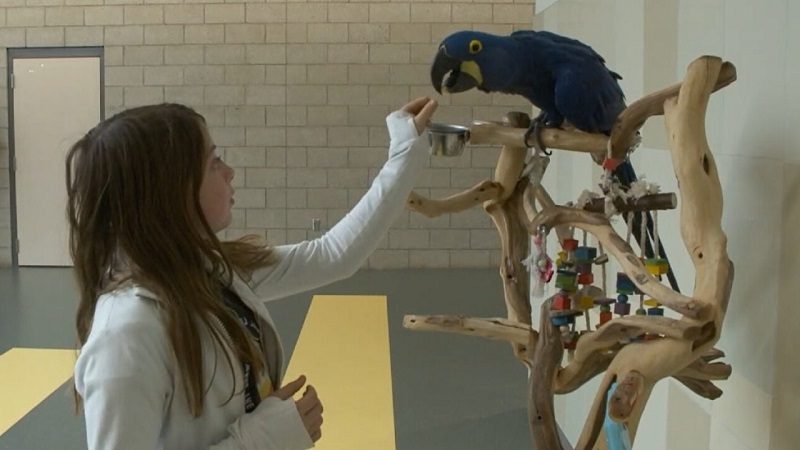 Farmington, Utah — On Friday, Farmington High School school opened what is believed to be the country’s very first high school aviary, housing several birds in an exhibit set up by students in the ornithology program.

Students in the program learn how to care for the birds and how to properly run an aviary. The idea for the aviary was hatched a year ago when the school’s science chair, Adam Blundell, was looking for a place to keep the program’s birds.

“It’s the real good hands-on learning and it gets students really in touch with nature,” said Blundell. “They get to not just read about birds, see videos, but have them up close and personal.”

With little chance of surviving in the wild due to their injuries, most of the birds in the aviary have been rescued and rehabilitated.

According to Blundell, most people had no idea what it was all about, the school, which began welcoming students in 2018, offered an ornithology class when it first opened.

“But here, four years later, we have a thriving program with an aviary system,” Blundell said. “Now we have a waiting list of students trying to get into the program.”

“Now it’s become a major focus for a lot of our students.”