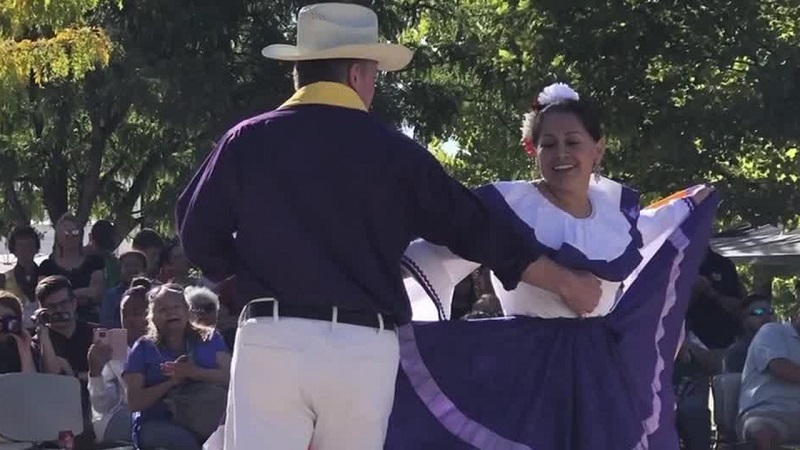 Logan, Utah — Hispanic Heritage Month began on Wednesday, and for the first time, the Logan City community celebrated in a big way Saturday.

In the busy Center Street in Historic Downtown Logan there was a celebration of customs and culture instead of cars and customers.

According to the festival organizer, Caroline Calbimontec, her first goal was to learn English when she moved from Bolivia to Cache County nine years ago.

“So I went to college to learn English, and it was hard. It’s still hard. I’m still fighting,” she said.

Ernesto Lopez came from Mexico to Idaho and then moved to Logan, where he was elected the first Hispanic member of the Logan City Council a year ago.

“I’m the first one — not only to be Hispanic, but to be an immigrant,” said Lopez.

According to Lopez, 16 percent of Logan’s community is Hispanic.

“Now, more than ever, I feel like there are genuine efforts from different agencies, different parts of the government, Utah State University, to really be more inclusive,” said Lopez.

When Celina Wille first came to school in Utah in the 1980s — only about two percent of Utah’s population were Hispanic at the time.

“Cache County, now we’re almost 11 percent out of 130,000 population for the county, so as we look at the trends and the numbers for the future, this is a trend here to stay,” said Wille.

Hispanic food trucks, dancing, and a parade of flags with 22 different countries represented were all part of this first festival.

Intensive care units in hospitals around the state beyond capacity