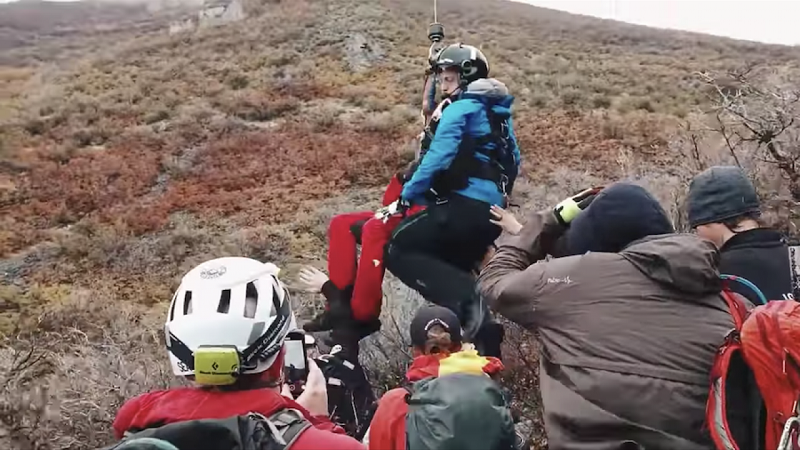 Utah County — Saturday afternoon search and rescue crews were called out in the hills above Cedar Hills for a hiker that was experiencing severe chest pains.

According to officials with the Utah County Sheriff Search and Rescue, they were notified of the man’s condition around 12:50 p.m. Crew members, including some from the Lone Peak Fire District, responded to the scene, hiking more than a mile in muddy terrain, with 1,200 feet of vertical gain, to get to the patient.

Later, crews determined that a helicopter was needed to get the patient off the mountain.

“The patient’s medical condition was assessed by team members on the mountain and his core warmed while DPS (Utah Department of Public Safety) came in for the hoist,” read a Facebook post from UCSSAR.

According to officials, all crew members were off the mountain by 4 p.m.

⁠⁠”This was an unexpected incident for someone who did all the right things to get help to him. He had gear sufficient for the hike and was able to get a call out quickly and provide GPS coordinates⁠⁠,” the Facebook post continued.
.