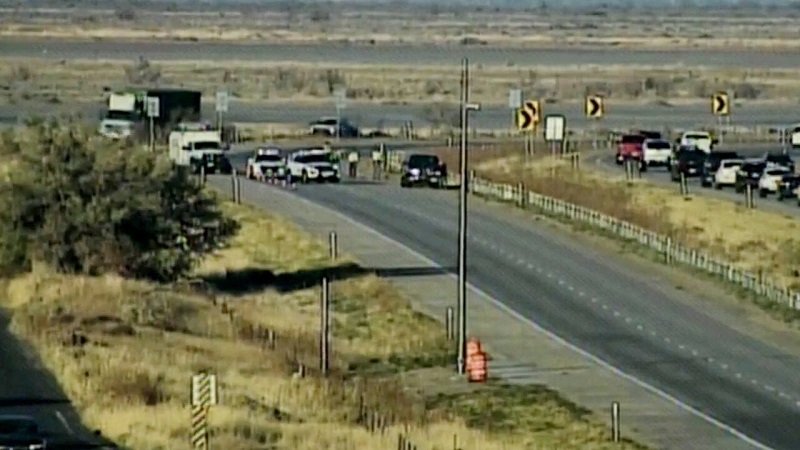 Salt Lake City, Utah — After a fatal motorcycle crash shut down the surrounding area for hours, Interstate 80 was reopened Wednesday at 8 p.m.

A motorcyclist died after being involved in a two-vehicle accident in the westbound lanes of I-80 just east of Saltair. According to officials, the rider died at the scene, the Utah Highway Patrol said.

At around 5 p.m. Wednesday, traffic was slowing down and a motorcyclist who was traveling in the left lane skidded for about 140 feet before being hit from behind by a pickup truck.

The rider was wearing a full-face helmet, but it was not properly strapped to the rider and flew off during the impact.

The rider was ejected from the bike and died.

Traffic was shut down in the westbound lanes of the highway at 7200 West for about two hours Wednesday evening.

According to the police report, no injuries were sustained by the driver of the pickup truck.

Rabbits abandoned on side of Cottonwood Heights road