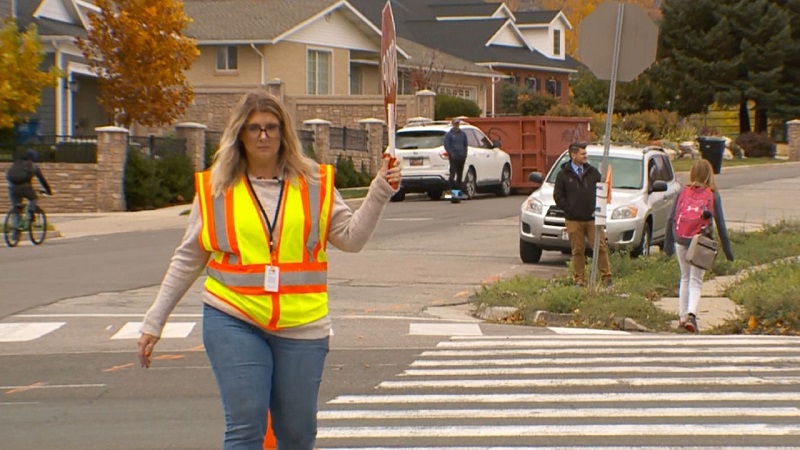 Kaysville, Utah — Megan Kelly is a crossing guard at the intersection of Boynton and Fairfield near a junior high and elementary school.

According to Kelly, unsafe drivers create dangerous situations for herself and the children she helps cross the street every day. “There have been so many close calls,” Kelly said. “Friday I was in the middle of the intersection, and they nearly missed me.”

According to Kaysville police, there are 17 school zones in the city limits. This school year they are averaging about 80 school zone enforcement patrols each month. “If officers are not out on a call, they are required to be in a school zone,” said Officer Lexie Benson. “Every time a vehicle is stopped, a citation is written if it’s in a school zone.”

If the threat of a ticket isn’t enough of a reason for people to drive safely, Officer Benson hopes these words will inspire people to change. “These kids are just trying to get home from school,” she said.

According to Kelly, that’s the reason why she will continue to be a presence at this crosswalk — stopping at nothing to make sure drivers stop. “I do it for them. I would not be out here risking my life if it wasn’t for them,” Kelly said. “I would feel awful if it was one of them that was hit.”