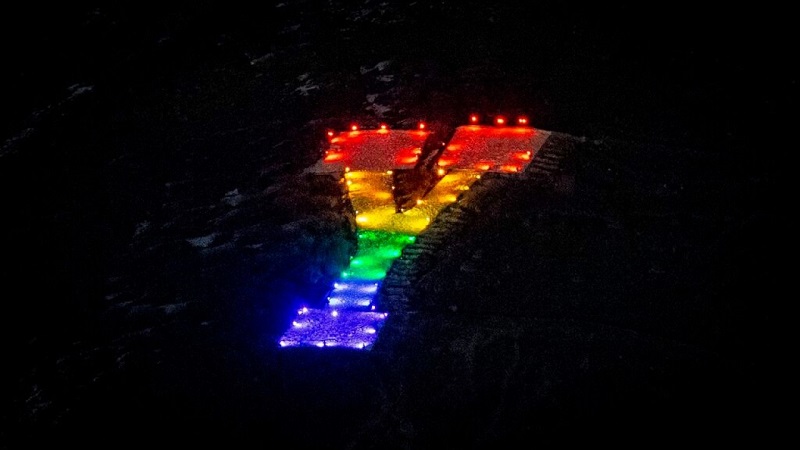 Provo, Utah — Thursday evening “Y” Mountain was lit up in rainbow colors ahead of LGBTQ+ History month, which is commemorated during the month of October.

In March of this year, the mountain was lit up in rainbow colors to mark the anniversary of when Brigham Young University clarified that same-sex romantic behavior was “not compatible” with its rules.

The display was planned by a group of LGBTQ students who attend the university.

At this time it is unknown if the same group of students organized the event this time.

In March when the last time the mountain was lit with rainbow lights, Brigham Young University Officials released a statement saying that the University did not authorize the event and because the “Y” is BYU property, it would have required prior approval.

So far no comment has been made by University officials yet on the lighting hosted Thursday night.

According to the group “BYU Pride”, they planned a plethora of events to be hosted throughout the month of October to celebrate LGBTQ+ history month. Some of the events include a “Rainbow Day” on October 1 and a family-friendly drag show on October 5.