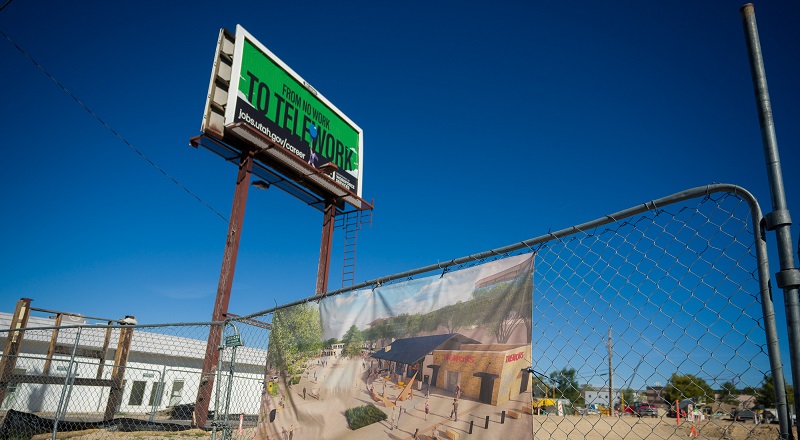 According to officials, the idea is to replace four static billboards with three new full-sized digital billboards.

An agreement with Reagan Outdoor Advertising would require amendments to the city’s billboard ordinance and the development’s master plan.

According to assistant city manager Mike Winder, this proposal will reduce the number of billboards in the city and remove a billboard in the construction path of Millcreek Square.

“This city is only five years old and as we built this city the community overwhelmingly agreed to not have digital billboards. Now that they’re changing something we worked so hard on, it’s frustrating,” said Vice.

“People are concerned about billboards in Millcreek, but as they take the time to understand the proposal, the majority of people feel like this is a great step in reducing the overall number of billboards in our city,” said Assistant City Manager Mike Winder.

The planning commission is still working on a recommendation, which they say is a tricky situation because the city is the applicant. Commission members requested independent legal counsel but were denied.

According to Winder, they will have the first read on Oct. 11 at the next city council meeting, with a final vote expected on Oct. 25.

LGBTQ students at BYU light up the ‘Y’ in rainbow colors

1 dead, 2 others injured after three vehicle car in Kaysville