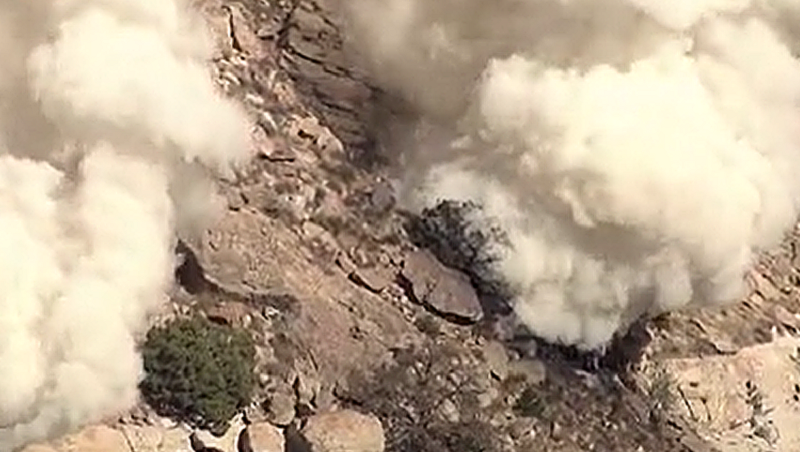 East Carbon, Utah — A coal mine in central Utah is still blazing nearly three weeks after it first caught fire, and it may do so for a very long time.

On September 20, the Lila Canyon mine southeast of Price caught fire and is currently emitting hazardous fumes.

The fire started in a coal pillar, according to the Bureau of Land Management, which indicates that the coal is burning directly.

Although the cause of the coal’s ignition is still unknown, a U.S. Department of Labor official stated on Friday that the mine has a history of spontaneous combustion, which can occur when coal oxidizes.

According to documents from the Utah Division of Oil, Gas, and Mining and the Bureau of Land Management, Lila Canyon’s owners are attempting to drill bore holes in the mine’s top.

A representative for the labor department stated that drilling started on Thursday and that the bits may need to travel 1200 feet. Injecting nitrogen into the mine may be one of the best courses of action, which the owners will be able to decide after taking air samples.

Soon after the fire started, a Missouri University of Science and Technology professor who specializes in mine fires explained why the fire might be difficult to put out.

“If the fire in the mine is in the mined-out area and spread it to the active working area, that problem is normally tough,” said Guang Xu. “Normally, you would need to either flood the mined out area with water to put off the fire, or sometimes uses induction of nitrogen to, like, inert the mined out area so the fire will be put off without oxygen.”

The labor department spokeswoman was unable to provide a time frame for putting out the fire but left the door open for it to continue burning for months.

90-year-old Utahns honored as the Homecoming King and Queen