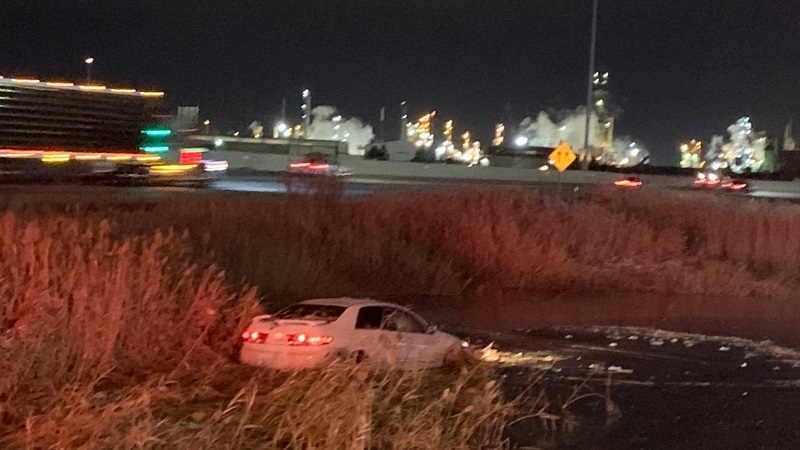 North Salt Lake, Utah – According to officials, a man crashed his car into a pond in Davis County Saturday night.

The suspect sped off at a high speed, lost control, and ended up in the pond on the off-ramp at Warm Springs Rd., officials added.

According to officials, the man is suspected of driving under the influence.

Only minor injuries were sustained.