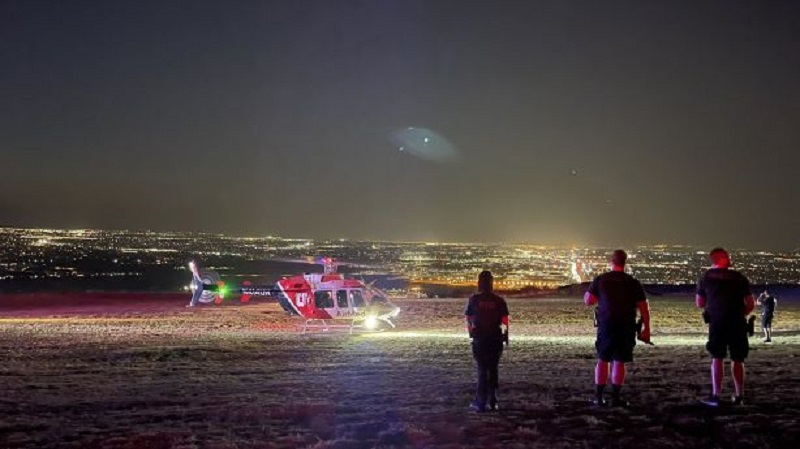 Draper, Utah — Thursday night a man died after a paraglider crash at the Salt Lake County Flight Park, located at the point of the mountain.

According to officials, they were dispatched to 15300 South Steep Mountain Drive in Draper when bystanders saw a man fall about fifty feet.

Until first responders arrived at the scene the bystanders provided aid.

According to Draper fire chief Clint Smith, the victim was located about 200 feet down the hill.

According to Smith, the man was originally in critical condition but despite life-saving efforts from paramedics at the scene, the man died shortly after.

Officials are working on a low-angle rescue to get the man up to an awaiting helicopter.

The identity of the victim is still not released.