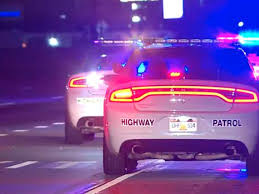 WEST VALLEY CITY, Utah  – A man is in custody after leading police on a chase in Salt Lake County.

Utah announces who will receive the COVID-19 vaccine next

Vigil ended up leading police on a chase from West Valley City to West Jordan where authorities were able to spike his tires.

Vigil then tried to get out of the vehicle and take off on foot. Officers were able to safely take him into custody.

Authorities tell ABC4 that another person was in the vehicle at the time of the incident, but they were not arrested.