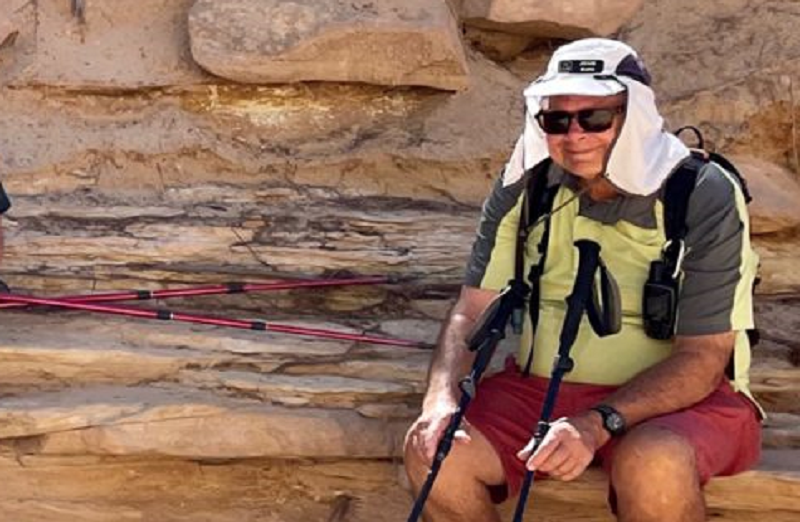 Springdale, Utah — Saturday afternoon hiker who had been missing for several days was found alive in Zion National Park.

Authorities believed John Fiske Burg, 71, was planning to hike the Canyon Overlook Trail. He was last seen Tuesday when he left his hotel in Kanab.

Due to the search and rescue operation, the trail was closed, as well as Pine Creek, Spry Canyon, Keyhole Canyon, and Lodge Canyon.

According to The National Park Service officials, Burg was found above Lodge Canyon around 3:30 p.m. by Nellis Air Force Base personnel (Las Vegas, Nevada).

Burg was able to call 911 Friday afternoon, and he also left a voicemail message with his family, The National Park Service said.

“These phone calls provided the SAR operations the insight needed to increased operations and target specific areas of Zion National Park. The 911 call he made was critical and saved his life,” a press release from NPS read, adding that the public tip line was also helpful in the search.

Burg was treated at the scene and then transported to a hospital in St. George for further medical attention. The NPS also thanked the multiple outside agencies that helped with the search.

“This successful rescue would not have been possible without the network of individuals and resources,” the announcement said.