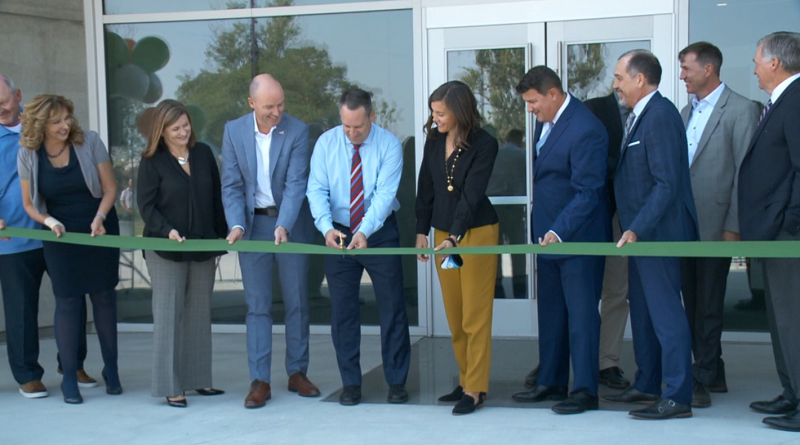 The company held a ribbon-cutting for their impressive new headquarters Friday morning.

Jacobsen has been part of the boom, building high rises and office towers.

“We’re building a new Primary Children’s Hospital in Lehi, and on top of that, we’ve got forty or forty-five other wonderful projects,” said Gary Ellis, President, and CEO of Jacobsen Construction.

Utah has led the nation in adding construction jobs (7,900) since the pandemic began, according to data released by the Associated General Contractors of America.

According to the same organization reports, construction jobs have decreased during the same time period in 36 states.

“There’s a saying in the construction business that more contractors go out of business in good times than bad times,” Ellis said.

According to Ellis, Jacobsen has to be selective about it’s future projects, in part due to a lack of qualified workers. “We are constantly looking for good people,” Ellis said.