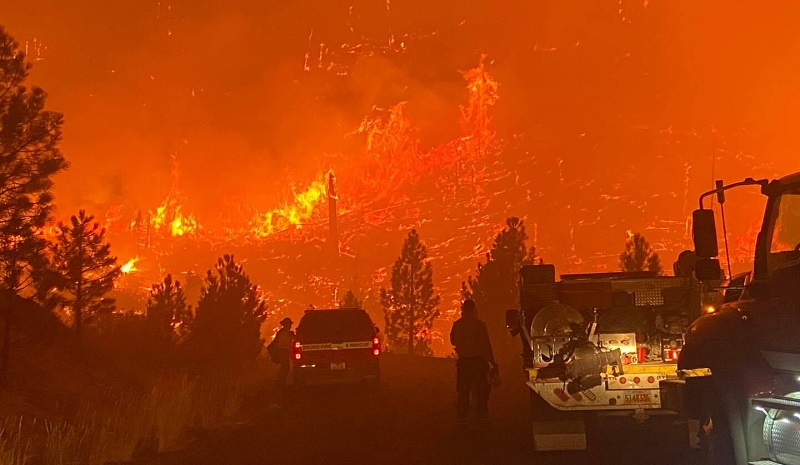 Salt Lake City, Utah — On Thursday morning more Utah firefighters are set to deploy to California to assist with firefighting efforts on the massive Dixie Fire.

According to a news release from the Utah Division of Emergency Management, nineteen firefighters, fire engines, and two command vehicles are part of the latest task force deployment from Utah to help fight the Dixie Fire.

The Dixie Fire is the largest single wildfire in California’s history, burning since July 13 and at more than 735,000 acres.

This is the sixth Utah Emergency Management Assistance Compact (EMAC) mission of the year.

The latest task force that will be deployed to the fire consists of firefighters from Unified Fire Authority, Park City, North Fork, Draper and Murray fire departments. The task force will deploy for about 16 days.

On 5 previous missions, Utah has sent crews to Oregon, Montana, and California.

So far in 2021, Utah has spent $5.7-million in EMAC aid, with more expected to be sent over the next few months.

A task force that deployed from Utah for the Dixie Fire a couple of weeks ago is due home Wednesday.

“It’s important for residents to know that while some of their firefighters are deployed, they will still enjoy great fire protection at home”, according to a news release from the Utah Division of Emergency Management.