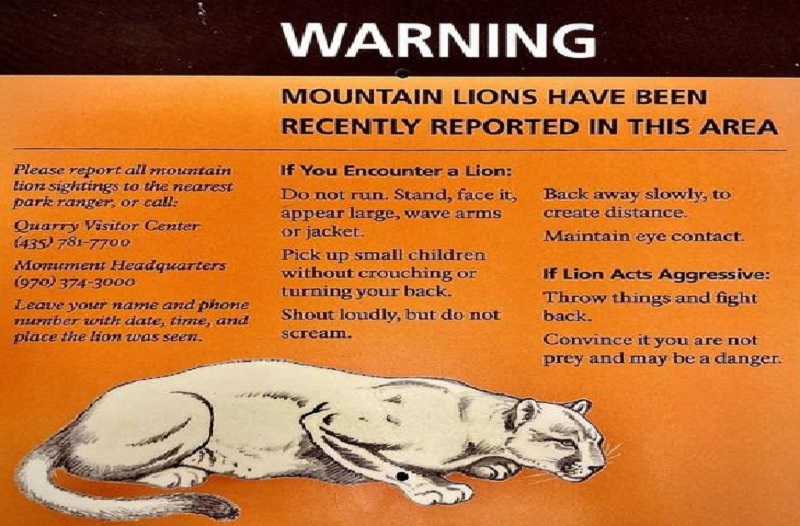 Jensen, Utah — According to officials with the National Park Service, boaters on the Green River have recently reported seeing the large cats near camping areas.

Campers and hikers have been advised to be alert and aware of the signs of mountain lions at the Dinosaur National Monument after reports of sightings near the river.

According to park visitors, they saw the mountain lions at the Pot Creek river campsite, and in the Island Park area, near Big Island, The Cove, and Island Park campsites.

“Dinosaur National Monument is home to a healthy mountain lion population, but they are not often seen, especially in the areas with most visitors,” officials said in a social media post.

Orange warning signs have been posted that warn of the sightings.

• Do not run. Stand, face it, appear large, wave arms or jacket.
• Pick up small children without crouching or turning your back.
• Shout loudly but do not scream.
• Back away slowly, to create distance.
• Maintain eye contact.

If a mountain lion acts aggressively:

• Throw things and fight back.
• Convince it you are not prey and may be a danger.

Park Service officials have asked anyone who does see a mountain lion to report it to the nearest park ranger, call the Quarry Visitor Center at 435-781-7700 or Monument Headquarters at 970-374-3000.