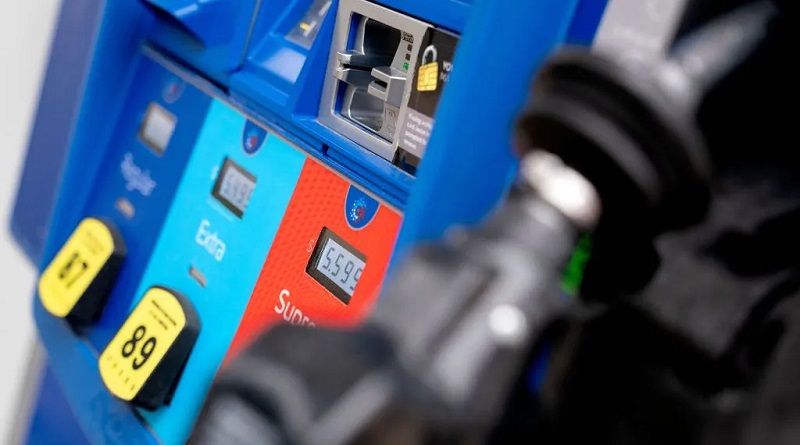 Utah – According to GasBuddy, the national average price for a gallon of gas fell to $4.01 on Monday and is expected to imminently fall below $4.

According to the gas price tracker’s analysis, gas prices have fallen for eight consecutive weeks after briefly peaking at a record high of more than $5 a gallon in mid-June.

On Monday, AAA reported a nationwide average of $4.059 per gallon.

“The national average is poised to fall back under $4 per gallon as early as today as we see the decline in gas prices enter its eighth straight week,” Patrick De Haan, GasBuddy’s head of petroleum analysis, said in a statement.

“By the end of the week, one hundred thousand stations will be at $3.99 or less,” he said.

Gas prices in two western states — California and Hawaii — still remain above $5.30, followed by Alaska at $4.97.

De Haan suggested the prospects are favorable for gas prices to continue to fall, though he suggested hurricane season could lead to disruptions.

“The groundwork is laid for the ninth week of decline, with areas of the West Coast soon ditching the $5 per gallon average,” said De Haan. “While I’m upbeat the drop can continue for another couple of weeks, we’re starting to see some activity in the tropics, which may increase the risk of potential disruption.”

GasBuddy’s analysis indicates diesel prices are also dropping, falling 13.1 cents in the last week and now standing at an average of $5.14 per gallon. De Haan said that the average will likely soon dip below $5.

AAA attributed some of the recent drops to falling gas demand, citing recent Energy Information Administration (EIA) data showing gas demand last week was in line with levels at the end of July 2020, when pandemic restrictions kept many drivers off the roads.

Higher gas prices have been a major contributor to inflation, which hit 9.1 percent for the year ending in June, the largest price increase in roughly 40 years.

At the beginning of March, President Biden authorized releases from the Strategic Petroleum Reserve, to decrease prices at the pump following Russia’s invasion of Ukraine.

After promising to make him a pariah, Biden also met with Saudi Arabia Crown Prince Mohammed bin Salman last month in an apparent attempt for the country to increase its oil production.

The Organization of the Petroleum Exporting Countries (OPEC), which includes Saudi Arabia, and other oil producers on Wednesday agreed to boost production in September but at a much slower pace than in previous months.

Monkeypox is less deadly and contagious than COVID-19