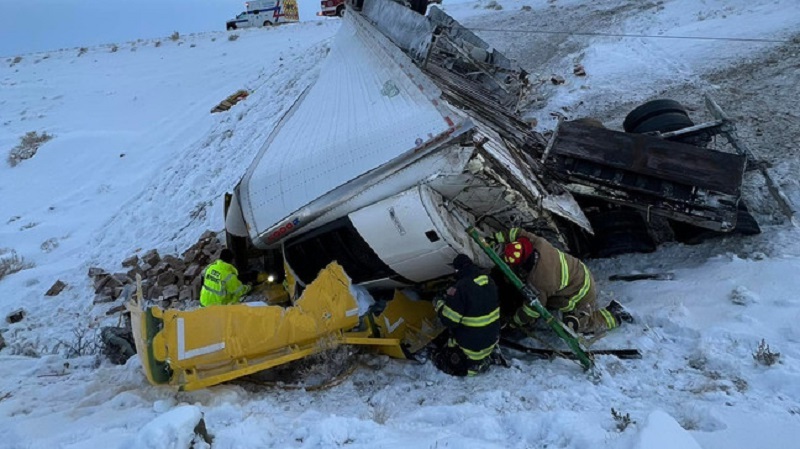 Utah – On Tuesday morning, several semi-trucks were involved in a pile-up crash on I-80 in southwest Wyoming.

Six semi-trucks were involved in the crash between Evanston and Rock Springs and at least one driver was injured, according to Uinta County Fire & Ambulance.

The crews had to extract him from the cab of his crushed truck.

According to the crews, they advised the crash was caused by extremely slick roads and trucks traveling too fast.

Snow was expected to taper off later in the morning. High winds are forecasted to pick up the next day, which could cause more problems for truckers and other high-profile vehicles.