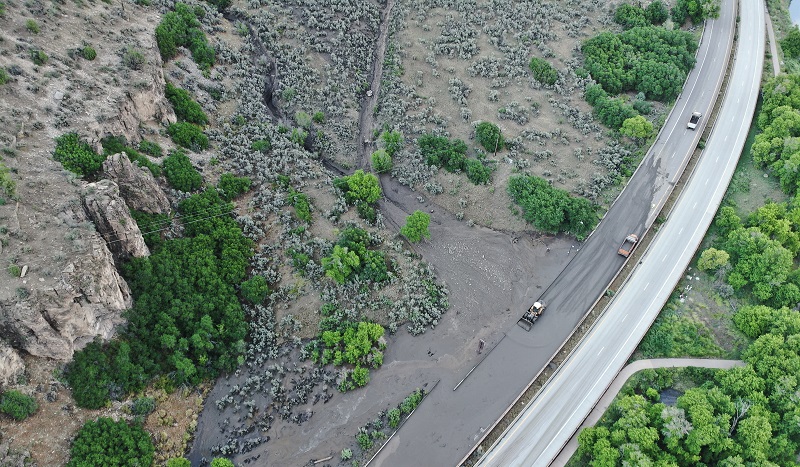 Park City, Utah – The Utah Division of Emergency Management says a bulldozer is nearby ready for potential mudslides after the Parleys Canyon Fire grew to 500 acres and prompted thousands of evacuations.

According to officials, yesterday many residents have returned home but with the fire still burning and the recent rainfall these are the two elements to cause mudslides.

“If the rain cloud stays hovered over a burn scar it runs down the hill like a slip and slide,” explains Utah Division of Emergency Management’s Jona Whitesides. “What we usually have time to do is, we get a fire put out and we are usually able to meet with the community after to talk to them about post-fire dangers, debris flows, and flooding, which is something we really didn’t get the opportunity to do yet.”
The rain is not only impacting the community near the Parleys Canyon Fire but Utah roadways. For some, the rain is welcome news. I-15 near Thanksgiving Point saw heavy rainfall making for slick driving conditions.

Four-Day workweek in a Utah company