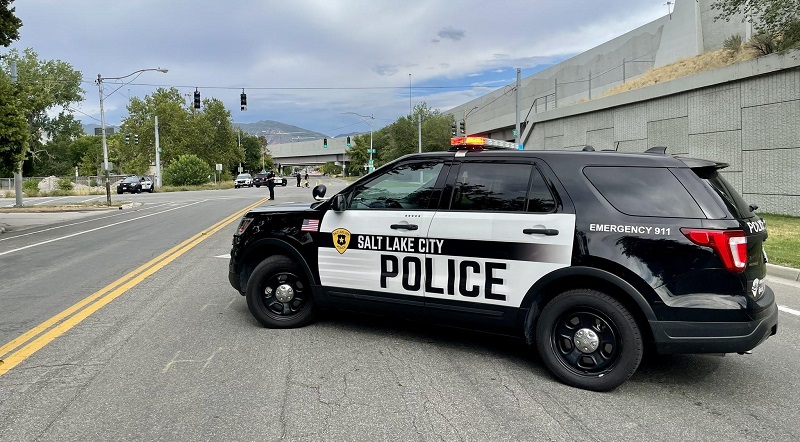 Salt Lake City, Utah – Following a stabbing in Salt Lake City’s Pioneer Park over the weekend, a man has been taken into custody.

On Saturday around 7 p.m., Salt Lake City Police were called to Pioneer Park for a 42-year-old man who had reportedly been stabbed multiple times.

Upon arrival, officers treated the man with tourniquets before paramedics transported him to a hospital with non-life-threatening injuries.

On Tuesday morning around 8 a.m., Salt Lake City Police officers responded to an in-progress burglary near 100 South 300 East. The victim told authorities someone was trying to break into their apartment.

According to police, the suspect hit the apartment door with an axe while holding a knife.

Salt Lake City Police took the man into custody and during their investigation, discovered the man was connected to the Pioneer Park stabbing.

Police have identified the man as 26-year-old Ibrahim Albasis.

According to authorities, they determined Albasis had been invited into the apartment Monday night but was asked to leave and was no longer welcome. Albasis allegedly returned Tuesday morning and tried breaking the door down with an axe while those inside held the door shut, fearing for their safety.

Albasis has been taken to the Salt Lake County Jail and was booked for aggravated assault, aggravated burglary, and criminal mischief.

Environmentalists stage silent protest to save the Great Salt Lake