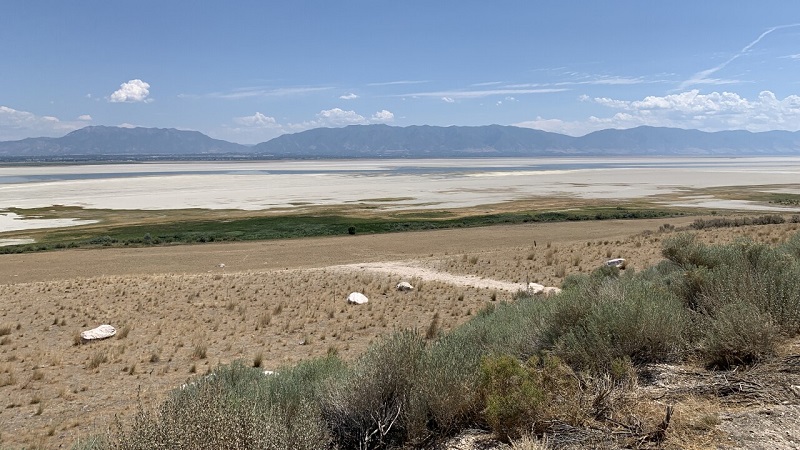 “Early snow can be good for building up a snowpack if it keeps coming, especially over the next couple of weeks, so that’s a plus but it doesn’t really tell us a lot about what it’s going to be doing, say, in February,” said Jim Steenburgh, a professor of atmospheric sciences at the University of Utah. “If we can keep the storms coming and we build up the snowpack quickly, then that’s a best-case scenario for the ski season.”

When conditions are aligned just right, the Great Salt Lake helps to produce “Lake Effect” snow, which typically benefits resorts in the central Wasatch such as Alta and Snowbird.

“It has to do with cold air moving over the lake, and it has to be moist cold air, and the lake helps destabilize the atmosphere and organize storms that form behind the cold front,” said Steenburgh, who skis at resorts and in the Wasatch backcountry. “The resorts in the central Wasatch, southeast of the Great Salt Lake, get the most lake effect snow. On average, it’s about 5 percent a year. It’s not as big of a number as people think.”

“We want to see the [Great Salt Lake] level fall back to what we perceive of the normal. We probably need about 170 percent of precipitation falling down and that means all the water will end up being in the lake for this coming winter, but we know the odds of that are slim,” said Simon Wang, a professor of climate dynamics at Utah State University. “Last year, we didn’t really have so bad of snowfall compared to worst times. For example, the 2014, 2015 drought — we actually had more snowpack [last year] than those bad years.”

According to Wang, there’s a higher probability for more snowstorms this year compared to recent years. His biggest concern is for ski resorts that sit at lower elevations. Predictions from the Utah Climate Center show a trend where “wet” years may make a return over the next three years.

“We’re still not out of the dry phase, but we started to climb out of that dry phase,” said Wang.

Charges possible in death of cyclist in Roy