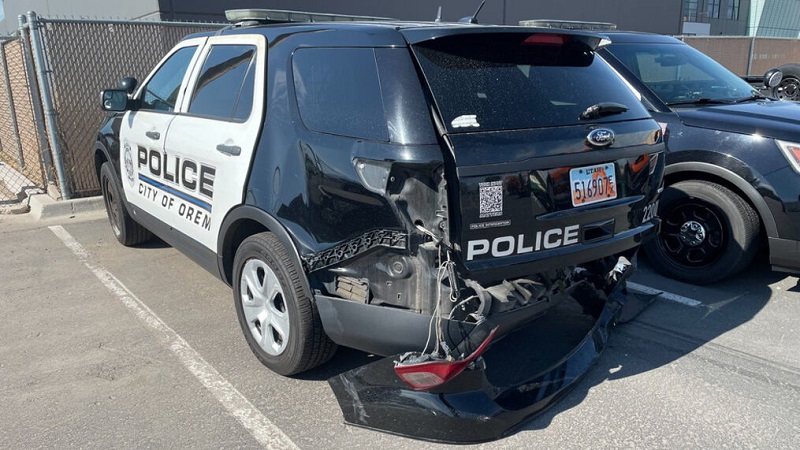 Orem, Utah – After a car collision that happened while he was standing between two patrol vehicles, a police officer was hospitalized.

According to officials with the Orem Police Department, on Monday, at around 11:30 p.m., the officer was assisting a motorist whose vehicle had broken down in the travel lane at 800 North and 750 East.

Two patrol vehicles were parked behind the car they were assisting, and their overhead lights were flashing.

A driver failed to move lanes and struck the back of a patrol vehicle, which was then pushed into the second patrol vehicle. “As this was happening, one of the officers was in between the vehicles getting items from the back and was hit as he attempted to avoid being smashed by the vehicle behind him,” police said.

The officer was transported to the hospital, and later was released and sent home to recover from his injuries.

“This is a reminder to move as far over as possible to avoid colliding with emergency vehicles; it is the law,” Orem police said. “We are grateful our officer was not more seriously injured or killed in this accident, and it serves as a great reminder to slow down and move over when you see emergency vehicle lights.”