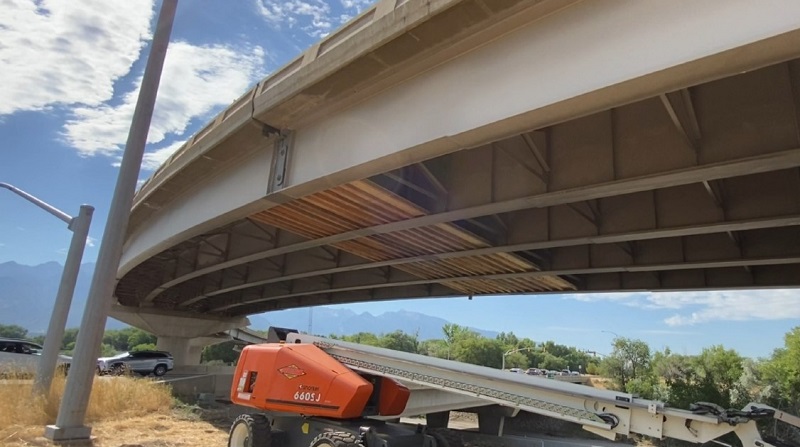 Cottonwood Heights, Utah — According to crews with the Utah Department of Transportation, they are set to begin a substantial closure to Cottonwood Heights Bridge that’s going to impact drivers getting onto Interstate 215 from Union Park Avenue.

Beginning later Tuesday evening, the bridge here connecting drivers onto westbound I-215 is going to be closed for more than two weeks.

After decades of service, during which hundreds of thousands of vehicles have used it, engineers say the bridge needs some reinforcement work. Critical bridge supports will be replaced, new barrier walls will be installed and a thin layer of pavement covering the surface will complete the process.

“The Union Park Avenue Bridge, thousands of people use it every day and we don’t want there to be any surprises,” said UDOT’s John Gleason. “We are doing some pretty substantial work on it over the next two weeks, so that’s going to require us to close it down.”

During the day, the bridge will need to be closed, so UDOT officials recommend finding an alternate route for those who use it on a regular basis.