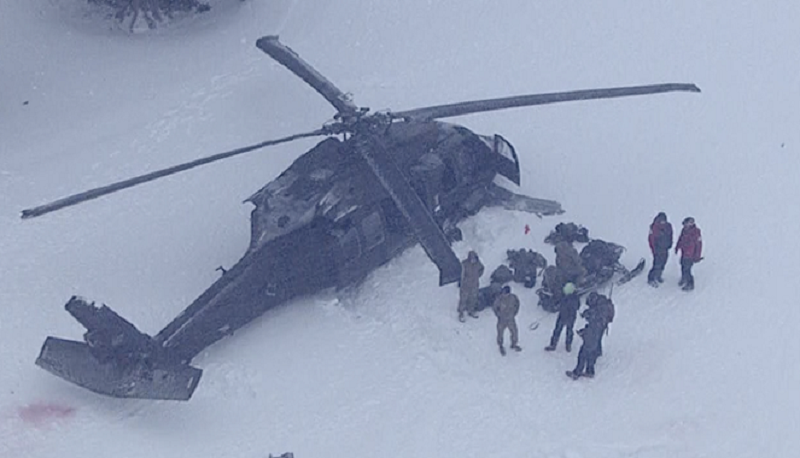 Once the slings are in place, a Chinook helicopter will lift and transport the helicopters to Heber Valley Airport.

Members of both the Utah and Nevada Army National Guard are participating in the recovery operation.

The Black Hawks will be loaded onto trailers to be transported to the Utah Army Aviation Support Facility in West Jordan.

On Feb. 22, the helicopters crashed during a winter training incident in American Fork Canyon. None of the crew were injured, but it’s unknown if the helicopters can be used again in the future.

“Although military training operations can be dangerous, accidents of this nature rarely happen,” said Col. Shane Manwaring, commander, 97th Aviation Troop Command. “Our Soldiers have worked tirelessly to prepare the aircraft for extraction from the area. It has been great to see our community partners support these efforts, especially the agencies of Snowbird, the U.S. Forest Service, Wasatch County, Wasatch County Sheriff, Heber City Police, Utah Highway Patrol, and the Heber Valley Airport.”