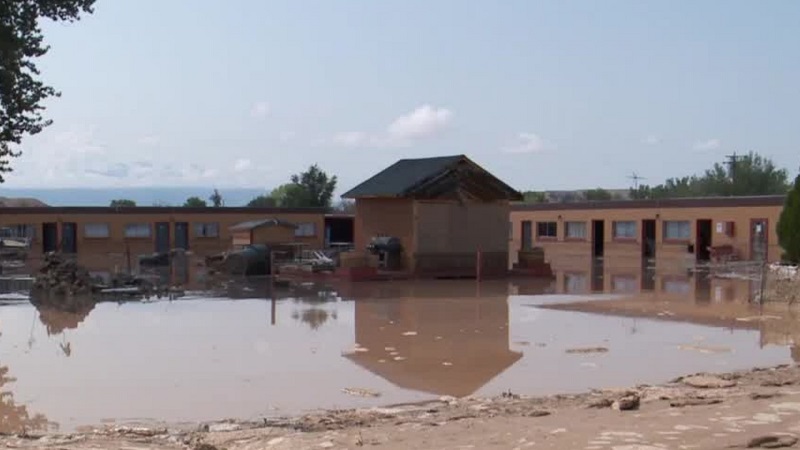 According to deputies, flooding was reported on state Route 24 in Capitol Reef National Park and severe flooding hit the Hanksville area.

“Excess rainwater from the Henry Mountains and the desert overfilled the Bull Creek drainage, causing several homes and businesses to flood extensively,” officials said. “Cars and camp trailers were damaged and swept away by the water.”

According to meteorologist Grant Weyman, over 1″ of rain fell across parts of the area Wednesday.

Hazmat crews were called in from Green River to help secure a 500-gallon propane tank that was carried away by floodwaters and released a cloud of gas, creating a potentially hazardous situation.

Hanksville Mayor Jeffren Pei said all residents and visitors were safe and accounted for, and crews from Sevier and Emery counties assisted Wayne County officials in going door-to-door to check on residents.

“Wayne County Fire Chief Steve Lutz and members of the Torrey/Teasdale fire department traveled as far as the road closure to the west and checked the welfare of the residents upstream affected by the flooding — all were safe and accounted for,” officials said.

Officials said it would take days to determine the extent of the damage.

Senators with three pandemic response suggestions in meeting with governor