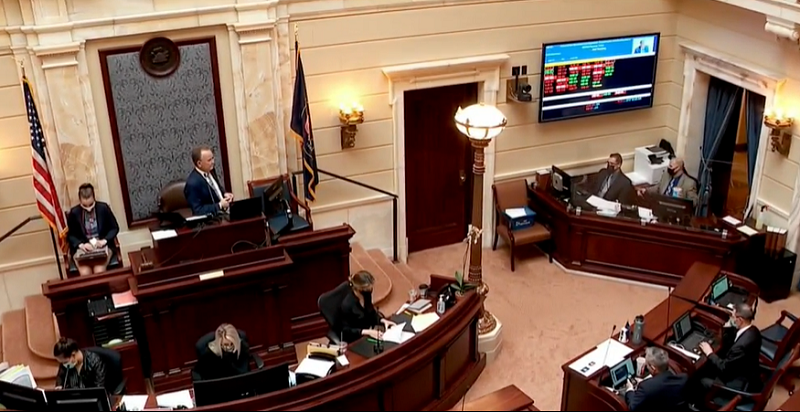 Salt Lake City, Utah — During a closed-door meeting on Thursday afternoon, a group of state senators gave Gov. Spencer Cox three suggestions about the future of Utah’s response to the pandemic. “I think it speaks well of the governor that he would come to join us in our caucus meeting,” Senate President Stuart Adams said.

The first suggestion was to better promote and educate Utahns on a monoclonal antibody treatment.

“A monoclonal antibody treatment and it has a 60-80% positivity rate of keeping people out of the hospital,” Adams said.

The second suggestion was to better educate people over the age of 70 about the increasing risk of breakthrough cases.

The last suggestion was to keep pushing vaccines.

Asked if education and vaccinating is the right strategy moving forward? Adams answered, “I have a lot of faith in people, I think when they get the data they will make good decisions.”

Adams says he was aware during Thursday’s meeting of the first COVID-19 related death of a Salt Lake County girl in the 12-17-year age group. “It’s a tragedy and anything like that would happen and again vaccines I think are the answer and I hope that everybody takes the opportunity that can and will to go get a vaccine,” Adams said.

Chris Phillips, a father, and co-founder of the Concerned Coalition, filed a legal complaint alleging the law makes it too difficult for local governments to enact common-sense approaches to health matters. “Health departments aren’t able to act because they feel like their hands are tied,” Phillips said.

According to Phillips, a meeting like the one on Thursday with the governor and lawmakers is an opportunity to show what challenges local communities are facing.

The three suggestions that came from the meeting are not enough adding “as politicians, they have a role to help us fix the problems right in front of them, this problem is staring them down and we need to act.” Phillips said.