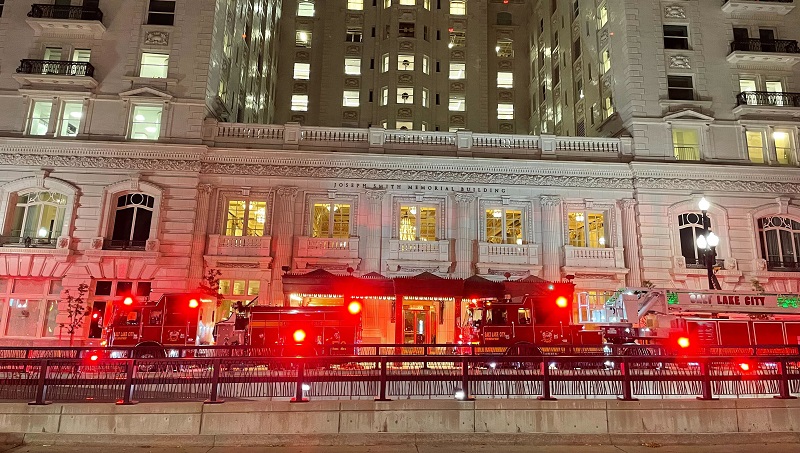 According to Captain Anthony Burton with the Salt Lake City Fire Department, at 7:18 security staff with The Church of Jesus Christ of Latter-Day Saints called in saying there was a fire on the second-story roof of the building.

Initially, the fire was reported by church sister missionaries in the area.

Upon arrival at 15 E. South Temple, smoke and flames were visible from the roof, and immediately a second alarm assignment was called.

Crews were able to quickly get to the roof and the fire was under control in under 30 minutes.

According to Burton, sometimes the construction and materials of the building become a concern if a fire sparks. The Joseph Smith Memorial Building has been retrofitted in order to assist with firefighting efforts.

The exact cause of the fire is under investigation, however, in a tweet, the Salt Lake City Fire Department stated there may have been construction debris on the roof.