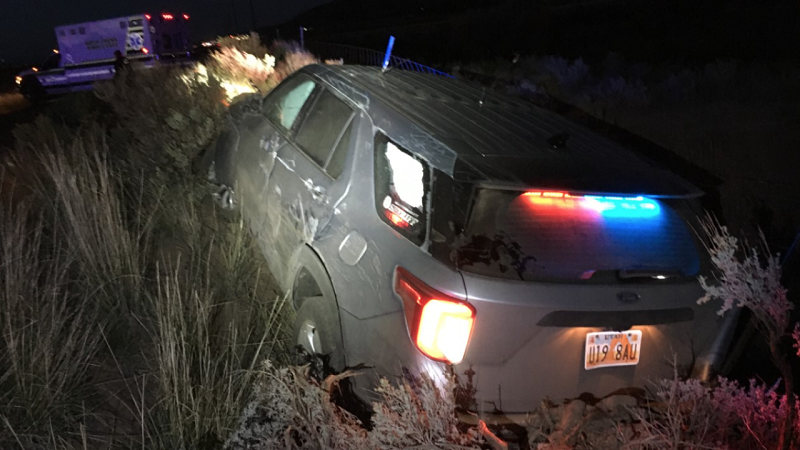 Washington, Utah — On Wednesday a routine traffic stop turned into a police chase with a stolen cruiser and a car full of cocaine and methamphetamine.

According to police, they have stopped a car in Washington for lane violations but smelled marijuana coming from inside the vehicle.

When questioning the driver in his cruiser, the deputy let the driver know there was probable cause to search her car. When the deputy and the driver, identified Samantha Desiray Holladay of Salt Lake City, left the squad car, Holladay went back into the cruiser, locked the doors, and took off down I-15 with the emergency lights flashing.

After a short chase with speeds that reached up to 120 mph, Holladay crashed the cruiser and tried to escape on foot, though she was quickly captured and taken into custody.

Holladay and her car’s passenger, Boyd Ozzie Murillo of Salt Lake City, were on probation, and a search of her car yielded over five pounds of cocaine, more than 15 pounds of methamphetamine, approximately $20,000, and a stolen handgun.

Holladay and Murillo were both booked into Purgatory Correctional Facility for several auto, drug, and weapon-related charges.