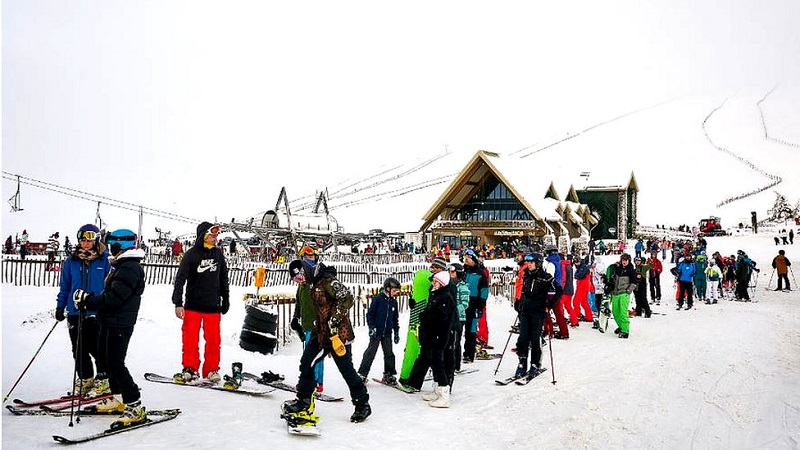 Huntsville, Utah — For one final ski run of the season, Utahns soaked up the sunshine on Easter Sunday and hit the slopes.

It was closing day for many resorts like Snowbasin, Park City, Deer Valley, and Brian Head. “It feels kind of like the last day of school,” said Michael Rueckert with Snowbasin Resort. “I’ve been here almost every day since Christmas,” said Andrew Hansen. “I skied 112 days here.”

Beside Snowbasin Resort closed last weekend, after Monday’s winter weather, they couldn’t let all the snow go to waste. “We received three feet of snow in this recent storm,” said Rueckert. “We opened back up on Friday, and then we just went for three final days — Friday, Saturday, Sunday.” “Whoever made the decision to do this, you made my summer,” said Hansen.

According to Mary Ann Mudge with Brian Head Ski Resort, they, too, had a great send-off. “You’ve got your powder hounds out there that the minute they hear fresh powder, they come,” she said.

Mudge said Brian Head had a pretty typical ski season, despite a December late-start and a dry winter. “We did make snow to get some of the other runs open, but we haven’t had to make snow to keep open,” she said.

According to Rueckert, Snowbasin ended its season with an 86-87% normal snowpack.

Snowbasin will have a few quiet months for all the snow to melt, then the ski hills will turn into a fun summer spot. “We’ll be doing concerts on a stage over here. You’ll be able to take the gondola to the top of the mountain for hiking and biking,” he said.

Many winter-lovers like Hansen will be counting down the days until they can hit the slopes again. “I’ll be back here opening day next November. And I’m going to say November, we’re not going to have a December year this year,” he said. “Let the snow gods hear the prayers, man.”

There are a few resorts that will still be open next weekend including Alta, Brighton, and some terrain at Snowbird.