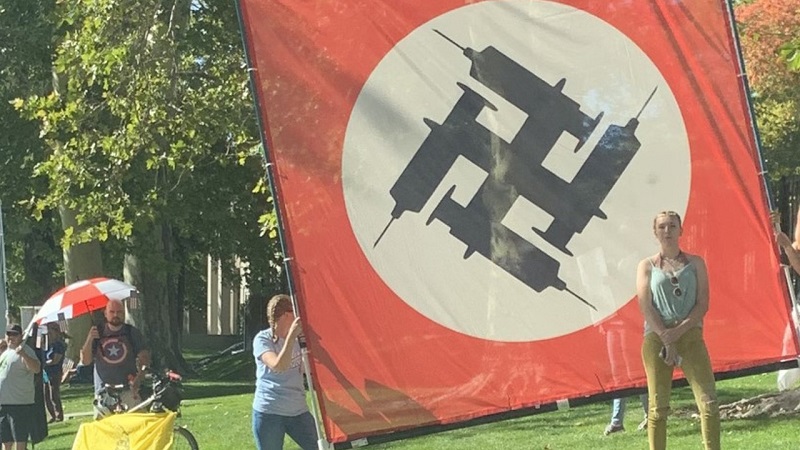 During the protest, an extremely small group of people were seen holding signs against those who support being vaccinated. Two people held a Nazi flag that used needles to form a swastika in the center.

Jewish organizations in Salt Lake City offered swift condemnation over the use of a swastika.

“While we fully support the freedom of expression in our country, the use of such symbols should not be given a free pass,” said Alex Shapiro, Executive Director of the United Jewish Federation of Utah. “We as Americans, regard Nazi symbols as signifiers of the worst hatred, racism, and crimes against humanity the world has ever known. We have in our community survivors; children of survivors and brave liberators of the camps where these symbols flourished.”

“The use of such symbols legitimize anti-Semitism and points to a growing lack of education amongst our citizens of the horrors perpetuated by Hate and Racism.”

Dana Tumpowsky with student Hillel at the University of Utah shared similar sentiments.

“Everyone has a right to protest. However, there are other ways to have those discussions respectfully without inappropriately comparing the actions through use of Nazi imagery and evoking the killing of millions of Jews.”