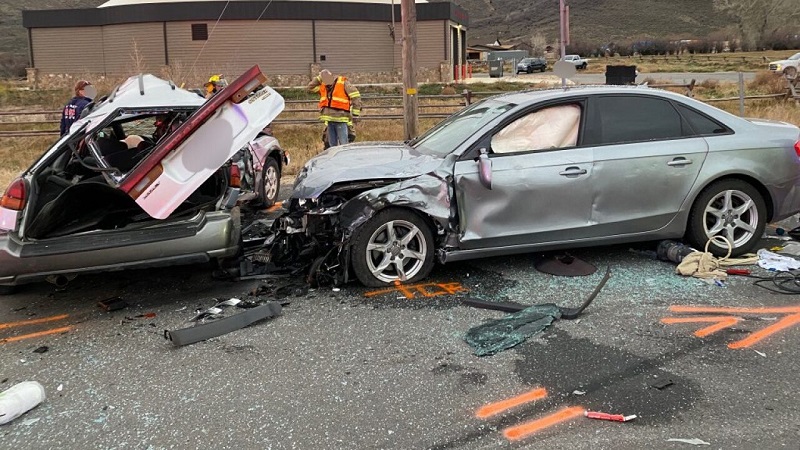 Kamas, Utah —Thursday afternoon, a driver was killed in a two-vehicle crash in Summit County.

A Subaru Outback that was traveling south on State Route 32 in Kamas crossed into the oncoming lane around 4:30 p.m.

According to the Utah Highway Patrol, the car spun and ended up perpendicular to southbound traffic, and it was hit on the passenger side by an oncoming Audi A4.

An 18-year-old Zachary Bryan of Kamas, driver of the Subaru, died from his injuries.

The driver of the Audi A4 was transported to a local hospital with non-life-threatening injuries.

According to UHP troopers, neither of the drivers were wearing seat belts.