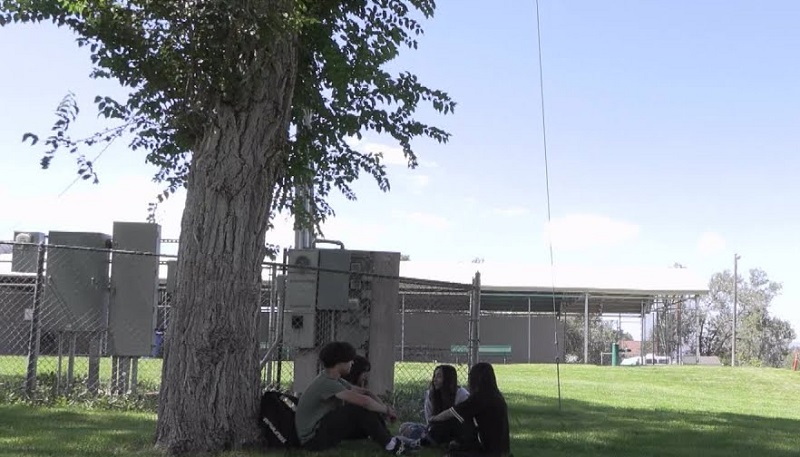 According to officials, on Wednesday, students were released at 10:30 a.m. as temperatures in the classroom continued to rise.

The broken A/C unit is now fixed and that school will open again tomorrow, they said.

Tooele High School has two air conditioning systems which he says is standard in schools across the state, according to Tooele Area Director Bryan Becherini.

“This was the large one that went out, for about 80 classrooms, the gym, things like that,” said Becherini. “At 9:30, when we found out classrooms on the second floor where the heat rises were at 88 and it was only 9:30 in the morning, supposed to be a 100-degree day, we just made the call knowing that it was going to hit that threshold.”

According to state guidelines, the decision to release the students came when classroom temperatures began approaching 90 degrees Fahrenheit, deemed to be unsafe.

Once the decision was made, 16 buses were ordered to send the students home, with all of the staff on-site working together to make sure they didn’t miss lunch, had homework assigned from home, and their parents were notified and did not miss the bus. Once all the students were safely home, maintenance staff quickly identified and fixed the broken parts of the A/C.

“We got it in, it was operating, we gave it a couple of hours just to ensure there were no residual effects from it going out. So about 3 pm yesterday (Wednesday), we said yep, we’re good to go, kids will be back in school and no issues so far,” Bechereini said.

According to Becherini, this kind of situation doesn’t happen often and that routine maintenance will continue to make sure the equipment is working well, and that they’ll be prepared the next time it breaks.