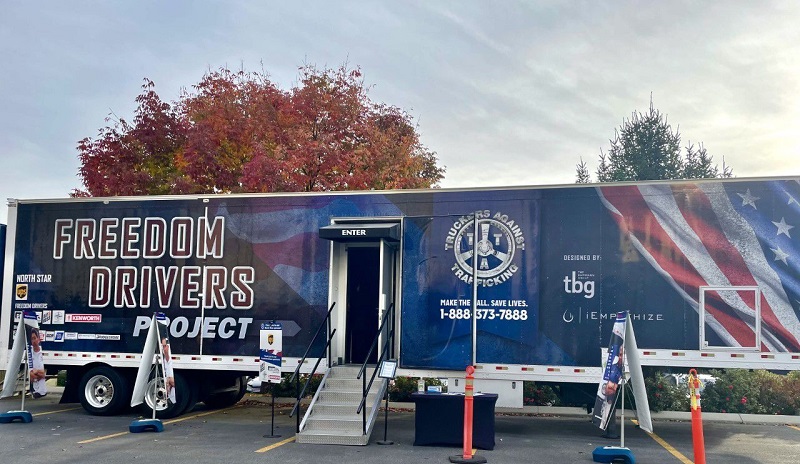 The group, “Truckers Against Trafficking” is looking to not only educate people about the issue but, also do something about it. The “Freedom Drivers Project” rolled into West Valley City Wednesday morning with a 48-foot mobile exhibit.

“It’s not just one place where trafficking happens,” said Brandy Belton, the Freedom Driver Project Director for Truckers Against Trafficking.

According to Justin Schiffman with GCR Tires & Service, they are partnering with Truckers Against Trafficking in hopes of bringing awareness to this issue. “It’s quite prevalent and unfortunately it’s more prevalent than what most people know about,” said Schiffman.

Truckers are in every city and town across the country, which allows them to see a lot of what is going on all day, every day, Schiffman said. “They’re always outgoing, so if they can see this, you know what to look for,” said Schiffman.

They hope education and awareness will help truckers and others see trafficking if it’s happening around them. “If you happen to be out there and you see something, we just ask that you report it because you never know when you can save someone’s life by just making a phone call,” said Belton.

The trailer is now headed to its next event down in New Mexico, according to Belton.