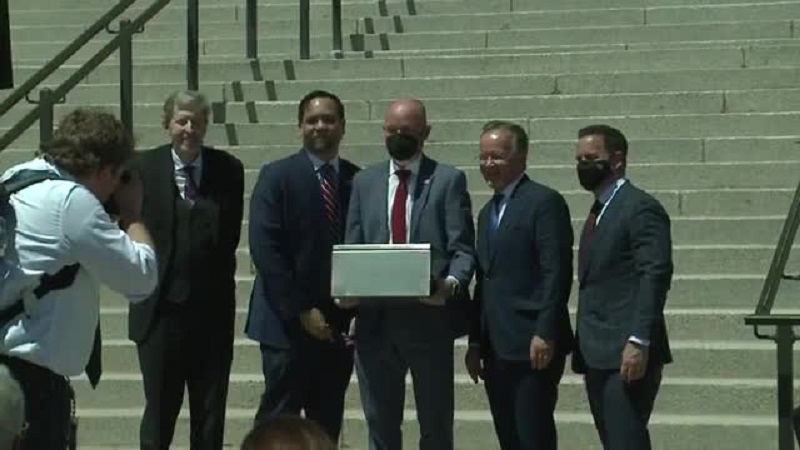 Salt Lake City, Utah — On Wednesday, the time capsule that was first placed at the Utah State Capitol in 1914 has been replaced with a new one Wednesday by Gov. Spencer Cox.

The new time capsule contains contents representing the Utah of today, and that have been collected by the Governor’s Office, House of Representatives, Senate, and Capitol Preservation Board.

This time capsule will be placed at the cornerstone of the Utah State Capitol for the next 100 years.

According to officials, exact items in the capsule were not disclosed in order to keep it a surprise for future generations, but in general, the box contained letters and video messages, license plates, photos, COVID-19 memorabilia, and “other items that describe Utah life in 2022”.

The contents of the time capsule from 1914, which was opened in 2016, will be on display in the State Capitol Rotunda until May 31.