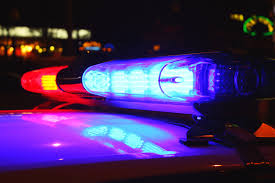 WEST VALLEY CITY, Utah, Sept. 21, 2020 — A man has been arrested after a report shots were fired in West Valley City early Saturday morning.

A probable cause statement from the 3rd District Court of Salt Lake County said Antonio De Los Santos Marquez, 18, is facing charges of:

Early Saturday morning, shortly after the incident, West Valley City Police Lt. Todd Gray told Gephardt Daily additional officers responded to the area and attempted to stop the vehicles on Bangerter Highway. One of the vehicles, a black Ford came to a stop.

“During the course of that stop, the driver exited the (black Ford) after a short physical confrontation with the occupants inside,” Gray told Gephardt Daily.

Once police had the driver of the Ford truck in custody, the passenger in the truck jumped into the driver seat and fled in the vehicle.

Gray said that’s when officers discovered that the man they had just taken into custody, who initially had been driving the truck, was the victim of a carjacking. The suspects had taken his vehicle at gunpoint several minutes earlier.

Police pursued the Ford truck for several minutes on the freeways in West Valley into Salt Lake City and back into West Valley, where the truck became disabled and came to a stop at 3250 South on Interstate 215, Gray said. During the pursuit, he said, speeds ranged from 80 mph to 100 mph.

The three suspects in the truck were taken into custody.

The probable cause statement says, “The fleeing driver was apprehended and identified as Antonio De Los Santos Marquez. Antonio was read his Miranda rights and waived his right to counsel. Post Miranda Antonio told officers that he knew police were behind him when he fled.”

According to the statement, Marquez told officers he was involved in an altercation with another party in the third vehicle. Marquez stated that during the confrontation shots were exchanged, and that he had fired one shot.

Marquez had a warrant for felony theft at the time of his arrest, police said.

He was transported to Salt Lake County Jail with his bail set at $35,020.