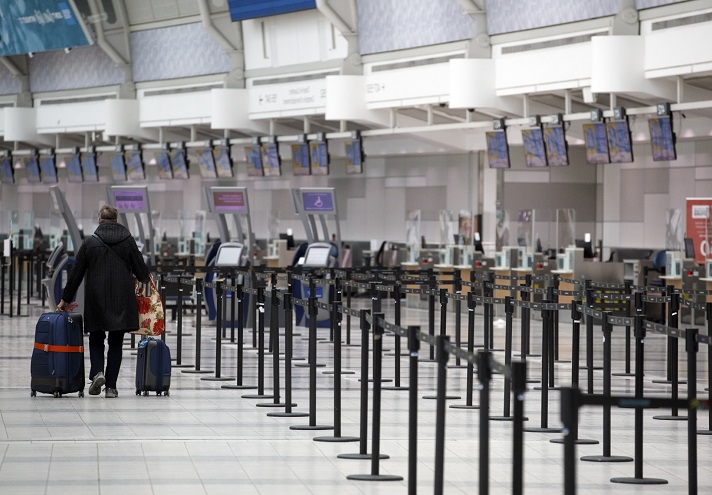 It seems like people around the world will not be able to travel in the US anytime soon according to the latest announcement from the White House. The information was provided by the White House spokesperson Jen Psaki on Monday after a senior level meeting that took place late Friday.

According to Psaki, the United States will not lift any existing travel restrictions “at this point” due to concerns over the highly transmissible Covid-19 Delta variant and the rising number of US coronavirus cases.

This means that the long-running travel restrictions will remain in force for now and won’t be lifted anytime soon.

“Given where we are today … with the Delta variant, we will maintain existing travel restrictions at this point,” White House spokesperson Jen Psaki said on Monday, citing the spread of the Delta variant in the United States and abroad. “Driven by the Delta variant, cases are rising here at home, particularly among those who are unvaccinated and appear likely continue to increase in the weeks ahead.”

In the recent weeks, the White House is facing serious pressure from the public as well as many other countries who already lifted their travel restrictions. Heavy pressure also came from several major US airlines and US tourism industry in an effort to save the summer season.

The major US airlines have been pushing the health officials and lobbing the White House officials for months now, but it’s almost certainly that everyone will now have to wait at least until September.

The residents of many countries are not allowed the enter the country at all. Residents or tourists who have been in the following countries in the last 14 days are not allowed to enter the United States: Ireland, China, India, South Africa, Iran, Brazil, United Kingdom and the 26 Schengen nations in Europe without internal border controls.

Meanwhile, Canada announced that it’s opening the borders for US residents on August 9. And just when everyone taught that might be a trigger for the White House officials, the US Homeland Security Department said US land borders with Canada and Mexico will remain closed to nonessential travel until at least 21 August.

According the Psaki, the major reason for not lifting the travel restrictions is the new Delta variant of the Covid-19 virus. According to last week’s data, more than 80% of the new cases recently in the United States are Delta variant cases.

The decision for lifting the travel restrictions remains under active discussion.

Breaking: CDC to recommend mask mandates in some areas even for vaccinated people