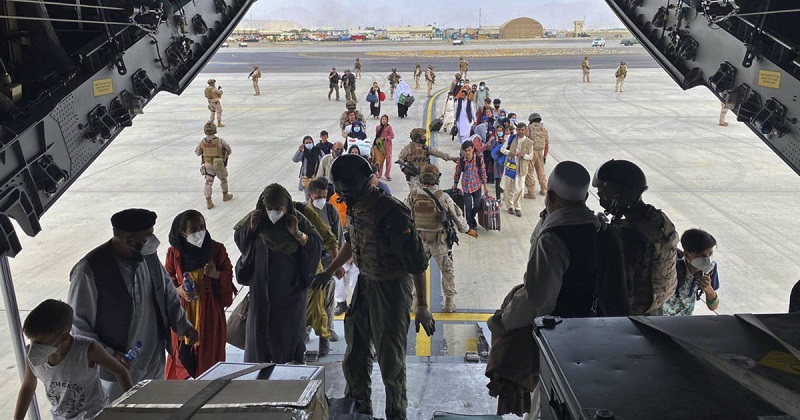 Salt Lake City, Utah — According to the U.S. Department of State, the process of establishing ways for the resettlement of Afghani refugees in the United States is ongoing, but Utah is not currently on its list of places being considered.

Utah Governor Spencer Cox provided an update Wednesday morning on the status of possible refugees from Afghanistan relocating to Utah.

Last week Gov. Cox sent a letter to President Joe Biden offering Utah as a place to house people fleeing from the Taliban in Afghanistan.

The governor’s office said the International Rescue Committee and Catholic Community Services will handle any resettlement of refugees in Utah.

“When tragedy occurs somewhere on the other side of the world, Utahns are always quick to show concern and willingness to help out. My office has received countless calls and emails from individuals, families, businesses, and organizations offering to do something to support the efforts to bring Afghan refugees to Utah. We still do not know how many and how soon Utah may start receiving Afghan refugees, but we want to be prepared for when they do start arriving,” said Gov. Cox in a statement. “What we do know is that any refugee from Afghanistan or anywhere else in the world who comes to Utah will be coordinated through the state’s Refugee Services Office and our two federally contracted local refugee resettlement agencies: Catholic Community Services and the International Rescue Committee.”

Meanwhile, Arizona and Virginia are actively preparing to accept hundreds of thousands of refugees.

According to resettlement organizations, they have two weeks to prepare to welcome refugees. But, with the chaotic and rapid withdrawal in Afghanistan, they now estimate they will have a 24-hour heads up.