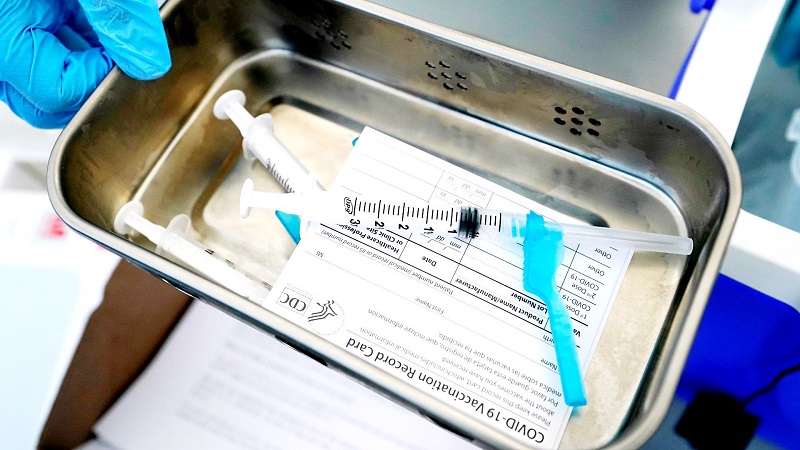 Salt Lake City, Utah — Challenging the Biden administration’s vaccine mandates, the state of Utah has joined a lawsuit against the federal government.

The lawsuit they joined on Saturday challenged a separate rule overseeing federal contractors.

“We must take a stand for hardworking Utahns who are being forced to either get the vaccine or lose their jobs. The president is making a habit out of reaching beyond the limits of his authority.In doing so, he is unnecessarily exacerbating stress on the supply chain, damaging the economy, forcing workers to leave jobs, and hurting American families. We cannot stand idly by and allow President Biden and his administration to impose yet another reckless and illegal executive action,” said the joint statement by Gov. Cox, Lt. Gov. Deidre Henderson, Attorney General Sean Reyes, Senate President J. Stuart Adams, House Speaker Brad Wilson, State Auditor John Dougall, and State Treasurer Marlo M. Oaks.

“Plaintiff State of Utah is a sovereign State and has the authority and responsibility to protect its sovereign interests, public fisc, and the health, safety, and welfare of its citizens. Utah has many state entities that are federal contractors and thus Utah employs ‘covered contractor employees’ and maintains ‘covered contractor workplaces; as defined by the Contractor Mandate,” the lawsuit said. “These contracts are worth millions of dollars, if not more. Utah expects to continue pursuing government contracts in the future. Utah also has current contracts subject to renewal or the exercise of options. The federal government has presented Utah with contract modifications that incorporate the Contractor Mandate. Utah will face irreparable harm if forced to comply.”

Utah has had a nuanced stance on vaccine mandates. While opposing the government mandating the COVID-19 vaccine, Gov. Cox and legislative leaders have not opposed private businesses mandating them on their own. The governor and legislative leaders have continually encouraged people to voluntarily get the COVID-19 vaccine to get the state out of the pandemic.