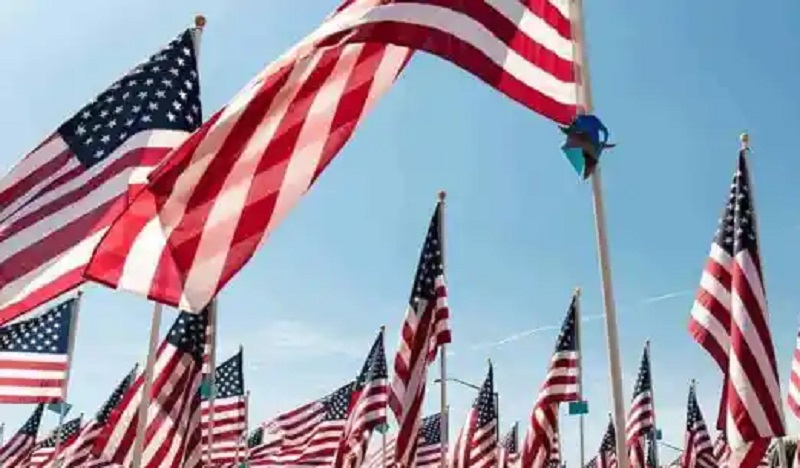 Salt Lake City, Utah – On Monday, Utah leaders honored those who sacrificed their lives in defense of the country at the State Capitol.

Gov. Spencer Cox and Sen. Mitt Romney both spoke at the Memorial Day ceremony that was moved indoors because of the steady rain outside. Lt. Gov. Deidre Henderson and Salt Lake City Mayor Erin Mendenhall also attended the solemn event.

Romney mentioned Staff Sgt. Taylor Hoover and Staff Sgt. Lincoln Olmstead, two soldiers who died in the line of duty over the past year. Hoover, a U.S. Marine, was one of 13 service members killed during an attack at the Kabul Airport on Aug. 26. Olmstead was a member of the National Guard who died while taking part in a training exercise in Kentucky.

“The glories of living in this great state with the people they loved, they will not enjoy again,” said Romney. “Those whose arms once hugged them to their hearts, now wear gold stars.”

Cox also mentioned Hoover and Olmstead, and asked those in attendance not to remember his speech, but how they feel honoring the men and women who died keeping the country safe.

“I ask that you carry that respect and gratitude with you throughout this special day, and then carry it with you tomorrow and the next day and the day after that,” said Cox.

Members of the Utah National Guard gave a 21-gun salute in honor of the fallen soldiers on the south lawn of the Capitol building.

Road closure at Zion National Park due to rockslide