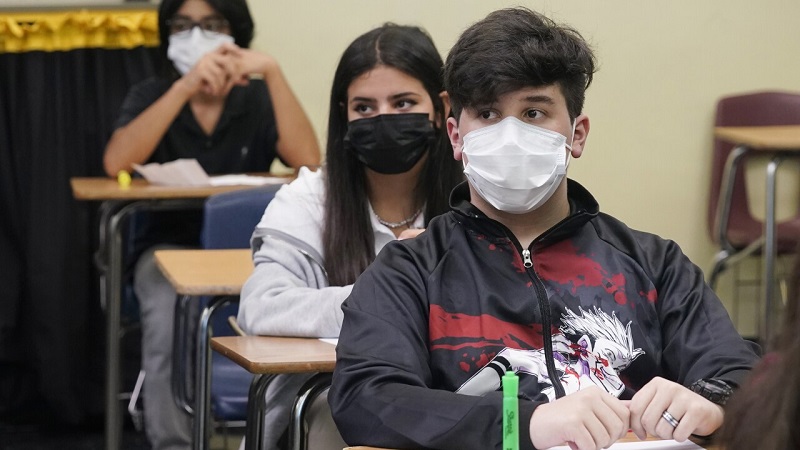 Salt Lake City, Utah — A the Utah House voted Friday in favor of the resolution passed earlier this week in the Senate, mask mandates in Salt Lake and Summit counties have been terminated.

The House approved Senate Joint Resolution 3 which will immediately go into effect in a 45-29 vote.

Governor Spencer Cox has no veto power since the act is a joint resolution. A number of Republicans in the House joined Democrats in voting against the resolution’s passage.

According to Senate President J. Stuart Adams, “people want personal liberties” and are “tired of mandates,” despite the massive number of daily cases Utah is currently experiencing.

The Senate voted 22-5 to overturn the local health orders issued by county officials on Tuesday.

Salt Lake County health director Dr. Angela Dunn spoke out against the move to overturn the mandate she previously ordered earlier this week. “I don’t think I have ever seen the government move this fast,” said county health director Dr. Angela Dunn. “Unfortunately, it’s in a direction that is harmful to the health of our residents in Salt Lake County.”

Aimee Winder Newton, a Republican member of the Salt Lake County Council who voted in favor of the mandate, issued a statement condemning the legislature’s vote. “As a Republican, I honor local control as a principle of governance. It is disappointing that although our county followed the law, the state legislature still chose to intervene and dismiss the decision we made to protect our residents,” wrote Winder Newton.

Councilwoman Dea Theodore voted against the mandate and expressed joy over its termination Friday. “This is a victory for rationality and liberty. The state legislature prudently reserved the authority to prevent the decisions of one or two local officials from restricting the personal freedoms of approximately 1.5 million Utah residents,” said Theodore in a statement.

Utah unemployment rate lower than it’s ever been

House doesn’t vote on resolution about mask mandates in Utah